How Will This Journey of Survival End?

The long, long wait is over. Now we just have to survive the storm. In all seriousness, Ashwalkers: A Survival Journey is coming to Steam today and it looks nightmarishly gorgeous. This post-apocalyptic tale follows four characters known as the Squad as they set out across the wasteland, searching for a new home for their people. Nothing will stand in their way–except deadly weather, dangerous animals, starvation, mental illness, and violent encounters with other survivors. Those might be enough to bring this story to a screeching halt. But who knows, maybe you’ll be able to overcome those hardships and bring this dynamic narrative to a satisfying conclusion. Only you can write the ending to the story. Let’s hope it’s a good one.

Ashwalkers started out as a student project before evolving into a full-sized game under the guidance of Nameless XIII, a Toulouse-based studio founded by Hervé Bonin, co-creator of Life is Strange. According to the press release, his role in the project was “that of a mentor and producer – he considers creative lead Matteo Gaulmier responsible for the ‘soul’ of Ashwalkers.” 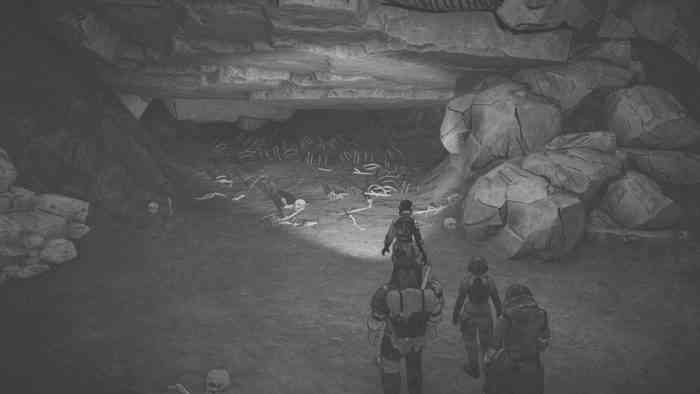 Ashwalkers: A Survival Journey is now available for PC.

How long would you last in a post-apocalyptic world? Let us know down in the comments, or hit us up on Twitter or Facebook.