Physical game releases can be expensive. The cost of formatting and printing all that box art and printing the physical discs or cartridges can really add up. Digital releases cut out a lot of the costs, making them pretty attractive, especially for cash-strapped publishers and developers. It is the perfect delivery system for indie games and their creators, but sometimes a physical game just feels good to have. Sometimes, retailers like Limited Run Games and Super Rare Games come to the rescue and help release physical games where there were none before. This year, Super Rare Games plans to release five Nintendo Switch titles, which have just been revealed. 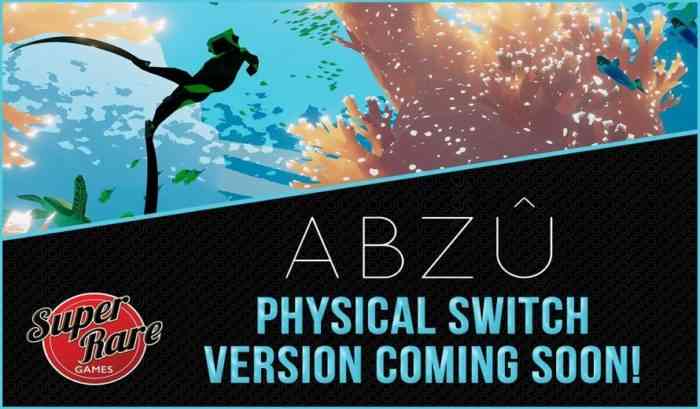 Yesterday, Super Rare Games announce five games that would be released in 2021. The releases would be staggered between now and the end of December. The first game, which will be available later this month, is Abzû, the oceanic adventure game. If the announcement order is also the release order, then Deponia Collection will be coming out next. This contains all four games in the series; Deponia, Chaos on Deponia, Goodbye Deponia, and Deponia Doomsday. The other games include Inmost from Checklefish, Super Crush KO from Vertex Pop, and Vigil: The Longest Night from Neon Doctrine.

What do you think of our announcements? Which are you most excited to have physically?

Thanks again to @Nintendrew_ for helping reveal these 5 titles – check out his full video!

We’ll have more information on these games (and more) throughout 2021. ?https://t.co/bWh9SQVfrQ

The announcement of these games was coordinated with the help of Nintendrew, a collector of games, perfect for limited releases. Physical games from Super Rare Games often are limited to between 2,000 and 4,000 copies, but have sometimes been as scarce as 1,000 or as many as 7,000. As for the five games announced, there is no word on release dates, number of copies, or prices, except for Abzû. All these games are currently available on Nintendo Switch and other platforms.

Would you like physical copies of any of these games? Let us know in the comments below.