The Past is a Tricky Thing

Dontnod have made a name for themselves by implementing unusual narrative choices. Whether it’s Life is Strange‘s time travel or the sequel tasking you with raising a superpowered brother – with the ending largely out of your direct control – the only predictable thing about the studio is that they’ll be unpredictable.

It's never been easier to revisit the past.

Chapter 1 of Tell Me Why is now FREE across all platforms! pic.twitter.com/ZJe4djOsUu

Tell Me Why is just the latest in a series of bold games by the developer. The game tells the story of twins Tyler and Alyson, who reunite after Tyler’s release from the detention centre where he was sent after their mother’s death. Returning to their childhood home, Tyler and Alyson attempt to rebuild their relationship – including the telepathic bond they once shared, this is a Dontnod game after all – while they try to discern the truth about what happened the night their mother died.

The game has drawn positive reception from numerous groups, including the trans community, for its sensitive approach to serious subject matter.

The game, unlike Life is Strange, is only available on Xbox and PC, but the good news is that the first chapter, much like with the Life is Strange games, is now free on every applicable platform.

The strategy has served the company well in the past, giving players a taste of what to expect from each game in the life is Strange series, and now people will get the chance to see the unique storyline and gameplay elements of the game before committing to a purchase. 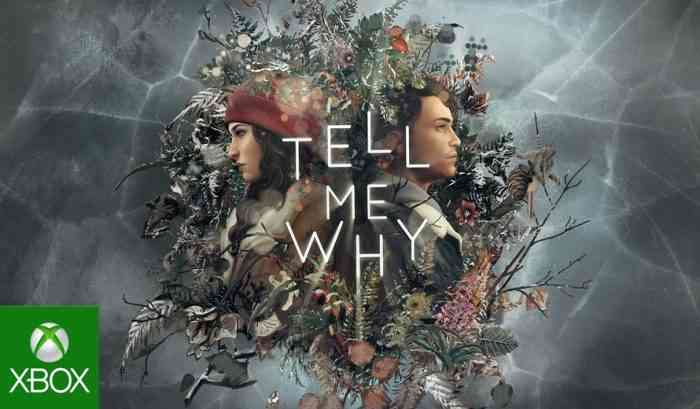 Tell Me Why received some criticism for the $29.99 pricetag, despite its relatively short length of three chapters, but now you can play the first third of the game absolutely free, which should help make things a bit more palateable. Even better, up until March 12th, you can get the whole game for $12.99, at least in Canada.

Have you already played Tell Me Why? Let us know in the comments, on Twitter, or on Facebook.

The Sims 4 High School Expansion Pack Is Coming In Late July
Next
The Last of Us: Part 2 Developer Reveals a Tricky Design Element
Previous
This Developer Wants to Bring Valheim to Switch