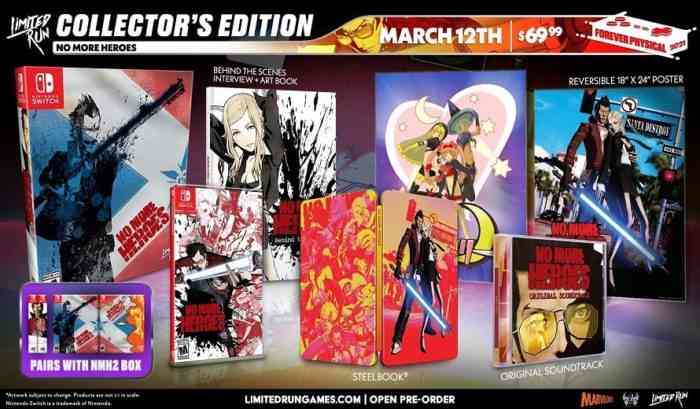 Both Standard Editions are just the physical copies of the games for $35. The Collector’s Editions come with the game, a reversible 18″x24″, the soundtrack on-disk, a Behind the Scenes Interview and Art Book, and a steelbook case for the game. All these items are specific to which game you buy and come in a collector’s box. If you get the No More Heroes: Santa Destroy Bundle, you get both Collector’s Editions. It also comes with a Santa Destroy flag. When you put the boxes side by side, either lengthwise or widthwise, their box arts fit together as companion pieces. 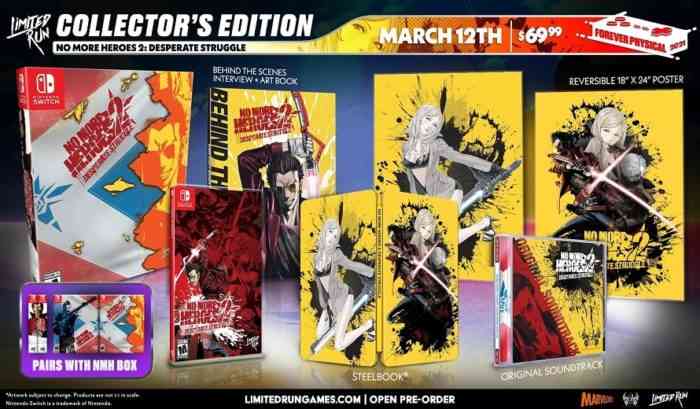 Are you eyeing any of these physical copies? Let us know in the comments below.

Get an Iconic Helmet in the Dead Space Collector’s Edition
Next
Ghost of Tsushima Developers to Be Made Ambassadors of the Island
Previous
Disgaea 6: Defiance of Destiny Has an English Release Date