The Best of Plushies and Action Figures

I know I can’t be the only one who wanted action figures, but also wanted toys soft enough to throw at my siblings without them crying to mom. The Pokémon Company has come up with a solution. Okay, maybe it is less of a solution to my specific problem and more of a cool idea, but the Pokémon Posing plushies line of toys is adding new Pokémon to the species available to order. Pokémon Posing are basically plushies stuffed with a bendable skeleton, so you can pose them to your desire. 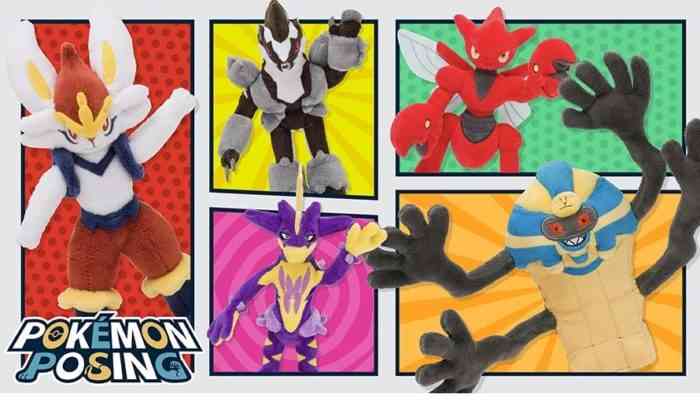 The Pokémon Company first started selling these plushies in late October of 2020. The first Pokémon available included Machamp, Mewtwo, Gallade, Lucario, Zoroark, Zeraora, Greninja, and Corviknight. Earlier this month, several other Pokémon were added to the catalogue of posable plushies and went on sale earlier this week. The new ones include Scizor, Obstagoon, Cinderace, Toxtricity, and Cofagrigus. The Pokémon that appear to be chosen for the Posing line tend to have a humanoid shape like Machamp and Scizor. Also, Pokémon with interesting appendages like Cofagrius, so you won’t find a posing Electrode or Nosepass.

While the total amount of Pokémon is coming up on 900 species, the available Pokémon Posing plushies pales in comparison. Hopefully, if this line of toys sells well, it will be expanded to include more of the fan favorites.

Do you see any Pokémon Posing plushies you would get? What other kinds do you wish there were? Let us know in the comments below.


Pokemon Go’s June Community Day Will Be Focused on Gible

Let Machamp Help You With Workout Motivation
Next
What We Know About the Valheim: Hearth and Home Update
Previous
Start A New Adventure With Final Fantasy VII: Remake, Immortals Fenyx Rising & Many More Great Titles