COG Considers: Cultural Appropriation Doesn’t Have to Be Disrespectful

Today on COG Considers, let’s talk about games that are based off of the traditions and beliefs of a culture that the developers don’t belong to. Cultural appropriation has become something of a buzzword these days, which is too bad, because it is an actual term in anthropology. The broadest definition would be: “the adoption or taking of specific elements (such as ideas, symbols, artifacts, images, art, rituals, icons, behavior, music, styles) of one culture by another culture.” Sounds harmless, doesn’t it? For as long as there have been people, we’ve been borrowing cool stuff from each other. For the most part, this is okay, even when it’s clear that the people doing the borrowing don’t fully understand what they’re dipping their sticky hands in. It’s when the borrowers start getting disrespectful that problems arise. Enter El Shaddai: Ascension of the Metatron, a 2011 psychedelic action-platformer that was described as a cult game in the making even before it came out.

There are other video games I could use as examples of good cultural appropriation–Ghost of Tsushima, for example, did such a good job at representing Tsushima and its history that two of the devs were made ambassadors to the island in real life–but I’m going with El Shaddai for one simple reason: the culture being appropriated is my own. El Shaddai is a surreal, dreamlike game based very loosely on the bible and apocryphal Hebrew religious texts, as understood by developers from Japan, which is not a country known for its knowledge of the Abrahamic religions. The result is a really interesting case study on how different cultures can totally misunderstand each other and still create something weirdly beautiful.

Protagonist Enoch is inspired by one of Noah’s ancestors, a man whom some traditions say entered heaven alive and was transformed into the angel Metatron, but you really don’t need to know that going into the game. As far as El Shaddai is concerned, he’s simply a surprisingly badass scribe tasked by god with finding seven fallen angels whose presence is corrupting mankind. If he succeeds, the great flood will be prevented. Supporting him in this fight is the Archangel Lucifel, who exists outside of time and acts as your save point, and who spends a sizeable chunk of his screentime chatting with god on his totally anachronistic cell phone. Yes, Lucifel is clearly meant to be Lucifer, i.e. Satan, but that doesn’t play in any more than Enoch’s inspiration, because–spoilers for a decade-old game–Lucifel doesn’t fall, never betrays heaven, and the game’s devil figure is someone else entirely. By the end, the world has been saved from the flood, a Babylonian goddess has been resurrected, and the Tower of Babylon deactivated. It’s like someone cherry-picked the parts of the old testament they liked and built a new story around them, with anime visuals, a fantastic hymn-like soundtrack, and lots of low-waisted jeans. Because that’s exactly what happened. And I kinda love it.

A lot of love and care was poured into El Shaddai. Between the surreal platforming sections, the oddly philosophical tone, and the complete disregard for accuracy to history or the source material, the game looks and feels like you’re playing through a dream. The section where Enoch must traverse a level made from giant stained glass windows depicting four Archangels, all with Archangel Michael commenting on the accuracy, is a personal favorite of mine. I can’t wait to see it again when the upcoming PC port comes out. 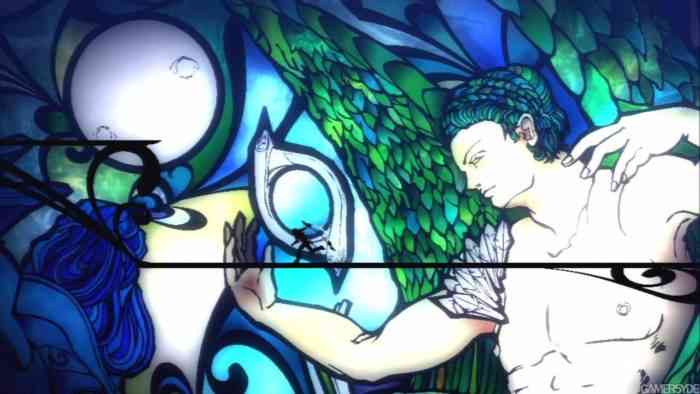 Does the game do a good job of accurately representing the Book of Enoch or the bible? No.

Is it disrespectful to what it draws inspiration from? Also no.

Is it an incredibly good time? Yes.

That’s all I ask for when people start eyeing up my cultural heritage, looking for video game ideas. Come on in, everyone. It’s a big sandbox. Just don’t be a dick and we’re cool.