Guerrilla Games and fans are celebrating the 4th anniversary of Horizon: Zeros Dawn. While we would love to hear some exciting news regarding Horizon: Forbidden West, but we can certainly settle for a sweet raffle. The prize of this raffle is a Thunderjaw statue, which comes packaged with a few other goodies. It is not a one-of-a-kind item, but it is sought after by the biggest fans and Guerrilla Games is giving it away for free no less. If you are interested in it, you have until March 3rd to enter. 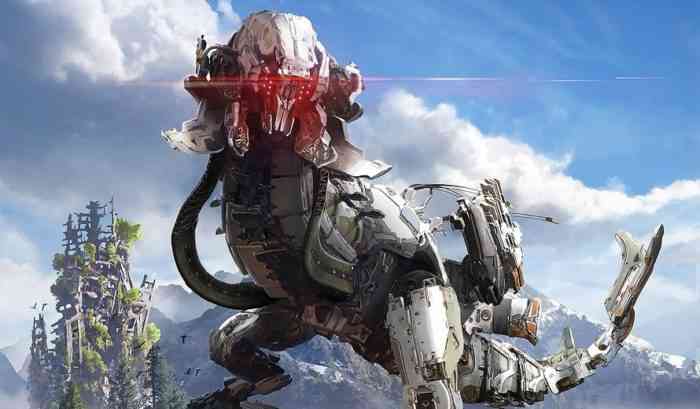 The Thunderjaw statue stand at 15″ tall and 15.6″ long. It sits atop a decorative stand modeled after the plains where it’s found in Horizon: Zero Dawn. The statue also comes with an exclusive world map poster, two exclusive lithographs, and a replica of Aloy’s Focus. It all comes in a premium collector’s box and would normally cost around $200, but retailers are sold out. The way to enter this raffle is to follow Guerrilla Games on Twitter and reply to the thread with your favorite way of taking down the Thunderjaw in-game.

To celebrate Horizon’s 4 year anniversary, we are giving away this GIGANTIC Thunderjaw statue! 🏹

Follow us and reply with your favourite way to take down a Thunderjaw in the comments before Wednesday 3 March 4PM CET to enter the raffle! pic.twitter.com/rBofIjpA9u

The Thuderjaw is one of the most fearsome enemies in Horizon: Zero Dawn. Surely, players have their own methods of felling the beast that they are willing to share. Why not enter the contest as well? Horizon: Zero Dawn is available now for PS4 and PC, and Horizon: Forbidden West is slated for a 2021 release on PS4 and PS5.

Will you be entering the raffle? Let us know in the comments below.

Check Out All Editions of Horizon: Forbidden West