The ever-consuming Fortnite has claimed another. Crossing mediums into comic books and movies, the hottest video game franchises of today like Halo and God of War also want a piece. Even enduring classics are not safe. We could go through all the crossovers that have taken place, but at this point, it make actually be faster to go through the collaborations that haven’t. The latest franchise to join Fortnite is Street Fighter. One Capcom’s flagship series, if not the definitive crown jewel of the company. Of course, the two most recognizable character will be front and center in this crossover. 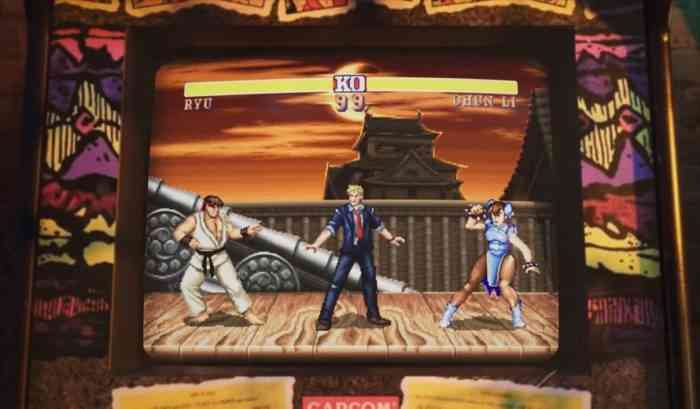 After the tradition of leaking the skins took place, Epic Games has released the trailer for this crossover. We see Ryu and Chun-Li ready to fight in a classic Street Fighter II arcade cabinet on Ryu’s stage. Suddenly, our Fortnite ambassador Jonesy appears, 3D-ifies Chun-Li and Ryu, and sweeps them off to Fortnite land. Both the Ryu and Chun-Li skins will be available later today in the Item Shop. They appear to be the only Street Fighter characters on their way, but this also opens the door for other iconic characters to join like Ken or M. Bison.

Do crossovers mean anything anymore? At this rate, everything will be in Fortnite, but then who cares? Even if you really like all these IPs, you can only play as one character at a time. The skins are only there to collect. As long as Epic Games makes money, they will keep doing it. There’s no end in sight either, so are any of these crossovers special? Just something to think about, I guess. Fortnite is available on PC, PS4, Xbox One, Nintendo Switch, and mobile devices.

Are you getting these Street Fighter skins? Let us know in the comments below.