Tiny Mecha Based on Real and Fictional Bugs

We can all agree that robots are cool, right? And video game robots that are big enough for people to pilot are even cooler. Flight School Studios’ newest title, Stonefly, takes the thrill of flying a humungous mecha into battle and applies it to a smaller scale. In this tranquil action-adventure game, the focus is on exploration rather than combat. Players take on the role of Annika, a young inventor who lives with her dad in a small town. After she accidentally loses a family heirloom (the heirloom is basically a spider tank), she goes on a journey of self-discovery that leads her to find and understand her place in the world. On the way, she’ll meet a lot of interesting people and even more interesting bugs.

This game takes place in a world equal parts huge and tiny. For starters, Annika and her mech aren’t exactly giant–in fact, they’re bug-sized themselves. Annika’s quest will take her across an ocean of enormous leaves, over titanic tree trunks, and through a forest bigger than anything she can imagine. Her mech is flight-capable, you’ll spend about 90% of your time in the air, hopping from branch to branch, using windstreams for thrust, and searching for mineral deposits you can use for crafting. Certain events and discoveries will allow Annika to come up with a new invention or upgrade for her mech, so be prepared to need a lot of minerals. Sometimes, this will bring you into conflict with hungry bugs, so be prepared to race them to the good stuff and fight if necessary. If you’re lost, call on tracking flies to guide you where you want to go in a shower of golden sparks.

With cutscenes that look like pages from a storybook and charming graphics that evoke the feeling of the natural world, it’s no exaggeration to say that Stonefly is beautiful. The huge, bright shapes in the foreground contrast beautifully with the murkier, darker shapes in the distance, creating the illusion of depth. When you spend much of the game plotting ways to shoo bugs off your log, this is a good thing. But Stonefly is at its heart a narrative-driven exploration game, so the real appeal comes from just jetting around this sprawling, oversized world in a tiny fly-shaped robot. 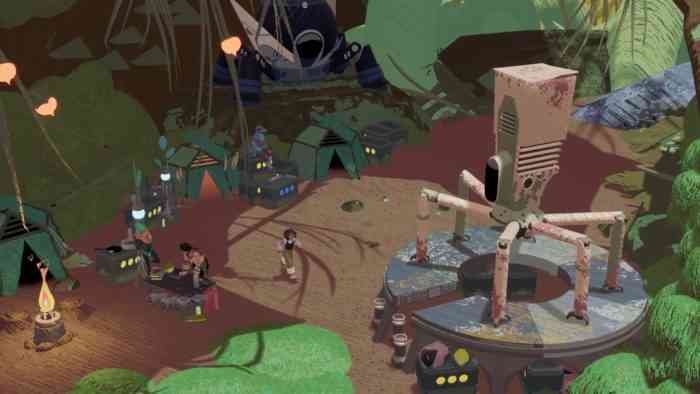 Stonefly will be available on PlayStation 5, PlayStation 4, Xbox Series X and S, Xbox One, Nintendo Switch, and PC in Summer 2021.

What bug would you model your tiny mech after? Let us know down in the comments, or hit us up on Twitter or Facebook.