It’s The End of the World as We Know It

God of War didn’t just act as a sequel to the beloved franchise, it effectively rebooted it in a way that made it more accessible to new players, without losing the over-the-top action and setpieces that codified the series. The reboot was more emotionally involved and took advantage of the PS4’s power and graphics. Fans weren’t surprised when a sequel was announced, especially given the ending of the game which (SPOILER) saw Kratos and Atreus inadvertently trigger Ragnarok – the Norse end of the world – earlier than was prophesized.

Excitement is high for the upcoming sequel – due for release sometime this year – and one person who’s jumping on the hype train is PlayStation boss Herman Hulst.

Talking about the first game, Hulst said  “That series has always had amazing action and combat, but the emotional depth Santa Monica brought to Kratos’ story as a father was very memorable – especially since my son was only a little bit older than Atreus when I played it. So to see and hear the reaction to that tiny glimpse we unveiled at the PlayStation Showcase last September was very exciting. I can’t wait for people to see what Santa Monica is making.”

Of course, it’s Hulst’s job to hype up upcoming games, but there’s a lot of reasons to be optimistic about God of War: Ragnarok, especially give the bold new direction they’ve taken. 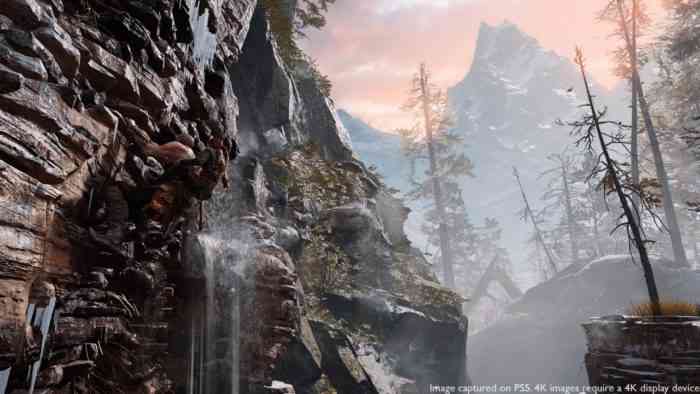 Another member of PlayStation’s staff who’s pumped for Ragnarok is Spider-Man: Miles Morales’ Creative Director Brian Horton: “It’s not an easy task to reinvent a beloved franchise like God of War, and the 2018 game exceeded expectations, delivering a personal story about father and son, a stunning world, and incredible mechanics. I can’t wait to see how the characters grow and how they build on the amazing foundation of the first game with the power of PS5.”

Are you pumped for God of War: Ragnarok? Let us know in the comments, on Twitter, or on Facebook.


God of War Enhanced Performance Experience for PS5 Out Now

Unlock Ghost of Tsushima Skins Based on PlayStation Characters
Next
Warhammer 40,000: Mechanicus is Going Mobile This Spring
Previous
Call of Duty League Schedule Changing Due to Extreme Weather