Stepping Forward in At Least One Way

I’ve written before about how Mass Effect only allowing female same-sex relationships until the third game paints the LGBT representation as titillation to straight gamers. Unfortunately, this isn’t going to be remedied in Mass Effect: Legendary Edition. We’re not getting any new romance options, even though the first game’s Kaidan is a romanceable option for male Shepherd in the third game.

In terms of feminist theory (and in a rare chance for me to put my film degree to use) it’s called the Male Gaze. The theory goes that a piece of media assumes a heterosexual male point of view, and as such often paints women as sexual objects. While the game isn’t going to introduce new same-sex romance options for male Shepherd, it looks like they’re going to be addressing the male gaze in a more direct way, editing out some of the more questionably sexual shots – especially in scenes where sexuality isn’t the focus.

“I do think a lot of things have evolved since [the original games], but I don’t know if I would say we were ultra-concerned about it or anything like that, but there were considerations,” said project director Mac Walters.

“Kevin (Meek, character and environment designer) actually called out some camera cuts that were just… why was that focusing on Miranda’s butt? So in some cases, we said, ‘Okay, we can make a change there.'”

They’re also updating Femshep’s animations: She shares a lot of her animations with Male Shepherd which caused some awkward moments, and painted her less a character in her own right than merely a female version of Male Shepherd.

“Specifically for female Shepard, I think there was a lot of things that we could do across the trilogy to make that better, so that she’s a bit more on par with male Shepard,” said Meek. “And then specifically around the animations, we couldn’t really change a lot of those, but there were times where you could change the camera to not focus on one of those animations.”

“So a male Shepard animation would have him sitting with his legs quite wide open with a low camera where, if you were wearing a skirt, it would be a bit unflattering. So we can’t necessarily change that animation, but you can raise that camera up slightly to reduce the problem.” 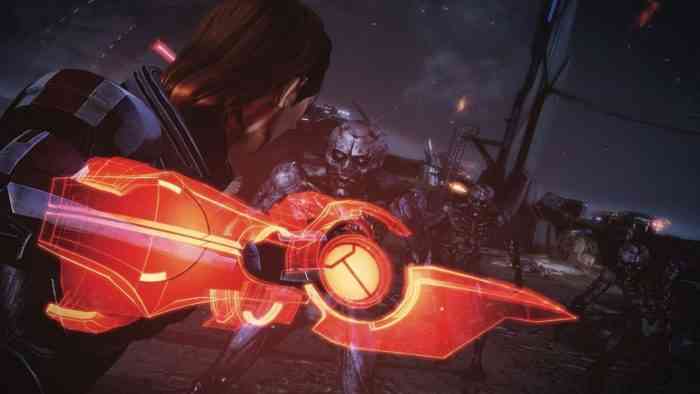 We may not be getting too many changes, but it looks like Bioware are at least trying to take into account the recent swing towards more rounded female characters, and honestly? I’m here for it.


Mass Effect: Legendary Edition is Getting Some Big Updates

Everything You Can Expect From the Free Outriders Demo
Next
tinyBuild Has Acquired Three New Development Studios
Previous
Ashwalkers Devs Talk Inspiration, Design, and Choices