After 10 Years in the Role

When it comes to long-standing characters, it isn’t uncommon to see multiple voice actors don the role. This has been the case for many characters over the decade including Sonic the Hedgehog, who for the last 10 years has been voiced by Roger Craig Smith. 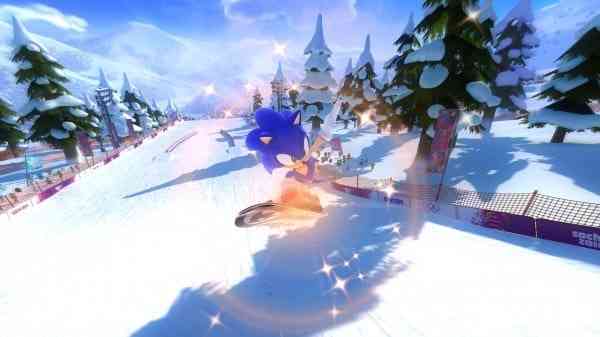 Smith first took over the role in 2010 for the Xbox 360 Kinect exclusive, Sonic Free Riders, and the Wii exclusive, Sonic Colors. Since then Smith has been the voice of the speedy blue hedgehog in Sonic Generations, Sonic Lost World, Sonic Forces, the Sonic & Mario at the Olympic Games series, the Sonic Boom series, Super Smash Brothers 4 and Ultimate, and more. He even voiced the character for its little cameo in Wreck-It Ralph. Basically, if you’re heard Sonic speak over the past 10 years, it was almost certainly the work of Roger Craig Smith.

Now, after over a decade with the blue bur, Smith has seemingly announced his departure from the role on his Twitter account.

“Welp, 10 years was an amazing run. Onward to new zones! Much love to the fans who’ve been so kind. It’s been an honor.”

Welp, 10 years was an amazing run.
Onward to new zones!

Much love to the fans who've been so kind.?

While it isn’t clearly stated that he will no longer be voicing the role, the tweet does suggest his time with the character has come to an end. Details as to whether the change in cast was Smith’s decision or was one made by SEGA in a potential attempt to rebrand the character, is currently unknown.

Smith has received an outpouring of support and admiration for his role in the replies to his tweet. He even received praise from fellow voice actor, Travis Willingham.

Thank you for all the joy and happiness you brought to me, my friends and family. It may have only been 10 years but your voice will echo throughout the halls of legendary character portrayals for an eternity.

Regardless, Smith shouldn’t struggle for roles without his connection to SEGA as the voice actor is extremely prolific with close to 300 acting credits on his IMDB page.