Something Wicked This Way Comes

The Resident Evil Showcase just finished, and while there was relatively little in the way of new announcements (No Resident Evil 4 remake, no remasters of the original trilogy, nothing from the live-action movie reboot) we did get a lot of new details on Resident Evil: Village, and it looks like we’re in for a hell of a ride.

Kicking off the event was the above trailer, which promises a delightfully spooky time filled with guts, gore, and witchcraft. Although it’s almost inevitable that the events of the game will be explained away with some new virus/prion/bacteria/fungus, it’s hard to see how some of the events can possibly be explained away like that, especially given the more grounded feel the series has adopted since Resident Evil 7. For example, those mysterious witches appear to have the ability to dissipate into swarms of insects, while a hammer-wielding man in a trenchcoat appears to have psychokinetic powers. The most obvious explanation is that this is some form of hallucinatory disease – seen previously in Resident Evil 7, to an extent – but we’ll need to wait to play the full game to find out for sure.

Plot details are relatively scant (The gameplay video, on the other hand…) but we do get some hints about what to expect, with Ethan having a discussion with his wife about the need to think positively (presumably before her supposed death) and an ethereal, female voice talking about how the castle’s bell heralds danger. The castle seems to be the focal point of the game, and the home to the mysterious coven of witches who seem to be planning for some form of ceremony, led by the unseen Mother Miranda. 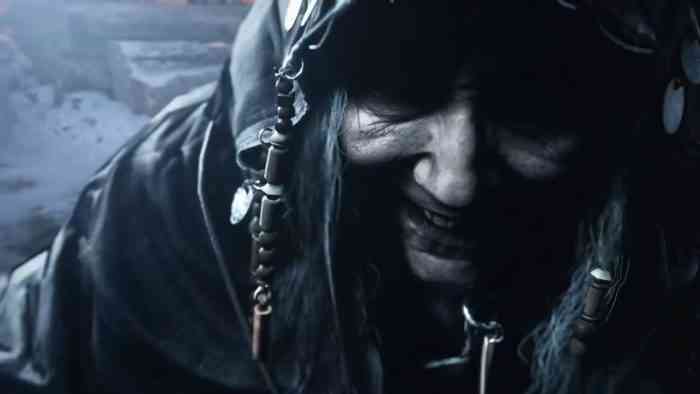 On a visual level, the game is taking full advantage of the RE engine and the latest tech, meaning that while Resident Evil Village may not be the best game in the franchise, it’ll definitely be one of the most ambitious, and hands down the most gorgeous – and we’re not just talking about the unholy levels of thirst for the villainous Lady Dimitrescu.

Did you tune into the showcase? Let us know what you think in the comments, on Twitter, or on Facebook.