Cyberpunk 2077 may not have lived up to everyone’s expectations for the game, but don’t let that turn you off from the genre. Publisher Daedalic Entertainment has just announced a new title called Glitchpunk, a new title from developer Dark Lord. Glitchpunk takes the top-down gameplay of the early Grand Theft Auto titles, and combines it with a cyberpunk aesthetic. 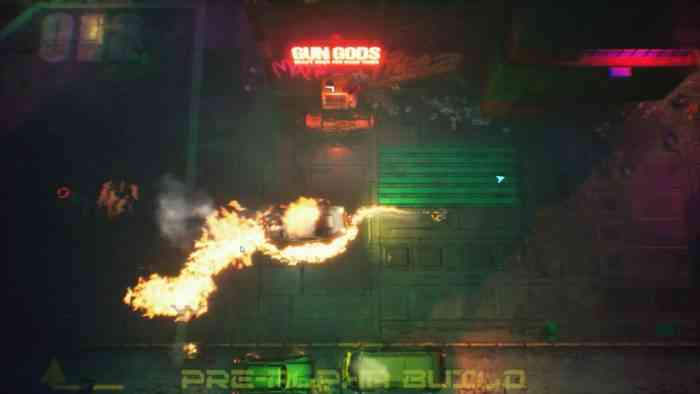 No release date is confirmed as of yet, but the game is set to release in Steam early access in the first half of 2021. A demo will be available during the Steam Games Festival: February 2021 from Feb. 3rd to Feb. 9th.

Glitchpunk is set in a dystopian near-future, where you will play as a glitching android rebelling against your own programming to take down a tyrannical government. The game’s world is loaded with cities full of drug-crazed gangs, aggressive police, and unpredictable drivers making each mission an unique experience. You can shoot, brawl, drive, steal and sneak your way through the game’s trials and tribulations in hopes of reaching your ultimate goal.

While the gameplay seems to be mostly chaotic and fun, the story will also task you to face a multitude of serious issues such as transhumanism, xenophobia, and religion, as you influence the world around you and make new friends and enemies along the way.

Here are some key features players can look forward to in the game:

You can check out the reveal trailer here.

Daedalic Games Are Up to 90% Off on Steam Right Now