Just a couple of weeks ahead of the release of Apex Legends season 8, Respawn Entertainment and EA have released a new video detailing the next Legend to join the game’s roster, Fuse. 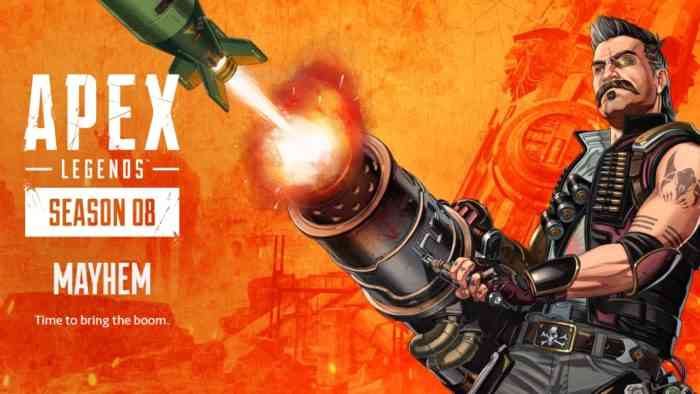 The latest Apex Legends Story titled “Good as Gold” dives into the background of Fuse, a young boy living in Salvo, the backdrop for the upcoming season. As kids Fuse and a friend stumble upon a golden grenade, that later gets set off after Fuse announces his intent to join the Apex Games. It’s umm, a little confusing to follow but gives an impression of Fuse’s rugged character.

The Apex Legends website offers the following description for fuse:

Apex Legends Season 8’s theme is Mayhem and Fuse will be bringing it. Along with the addition of the new playable Legend, the upcoming season will also add new weapons such as The 30-30 Repeater, Salvo’s most popular weapon.

The Mayhem Battle Pass will add over 100 items including Legendary skins, Apex Packs, Holo-Spays, and more.

Of course, with the start of any new season comes the change to raise through the ranks.

According to a report from Nintendo Everything, the YouTube description in the game’s latest Japanese trailer listed a release date of Feb. 2, for the Nintendo Switch version of the game, but the description has since been removed. While we have no confirmation of the game releasing on Feb. 2, it does line up with the release of season 8, so it is possible. Switch fans have been waiting for the game for a while as it was originally supposed to release last fall before getting delayed to 2021. For now, we will have to wait and see what happens on Feb 2.

You can check out the Good as Gold trailer below:

See What Comes With Madden NFL 23 All-Madden Edition
Next
Hitman 3 Launch Trailer Makes it Look Like an Action Game
Previous
GOG.com Has Joined Your Party With The Grand RPG Sale