That Eerie, Stylized Launch Trailer Has Already Captured Our Hearts

Dontnod’s newest game, Twin Mirror, drops today and we have to admit, we’re already impressed. We mean, it’s too early to discuss the game proper, but we can definitely talk about the launch trailer all day. And you know what? Maybe we will. Our opinion so far can be pretty neatly summed up in one sentence: building tension. Which, when you’re sitting down to a psychological thriller, is a good thing. Twin Mirror follows the path of Sam Higgs, former investigative journalist, who–after the death of his best friend–must employ his unique deductive skills to uncover the mysteries surrounding his childhood home of Basswood. Its inhabitants have many secrets, but judging by this trailer, Sam’s obsession with uncovering the truth could easily go horribly wrong. The road to hell is paved with good intentions, after all.

At the beginning of the trailer, we were a bit thrown off by the graphics and especially the face animations, but the second we first saw those crystalline wireframes, we were hooked. Here’s hoping this wraps in with the game’s Mind Palace, which will allow Sam to relive his memories through flashback sequences so he can gather clues and simulate alternate scenarios. Another key game mechanic is Double, a character that only Sam can see, and who is basically a more empathetic and social version of Sam. Sam can rely on Double to guide him through social interactions or go it alone. We kinda wish we had a Double to help us out of social jams.

Dontnod promises that each choice will have consequences, for better or worse, and every discovery will affect how the story turns out. That’s a bold promise. We can’t wait to find out if they follow through on it. 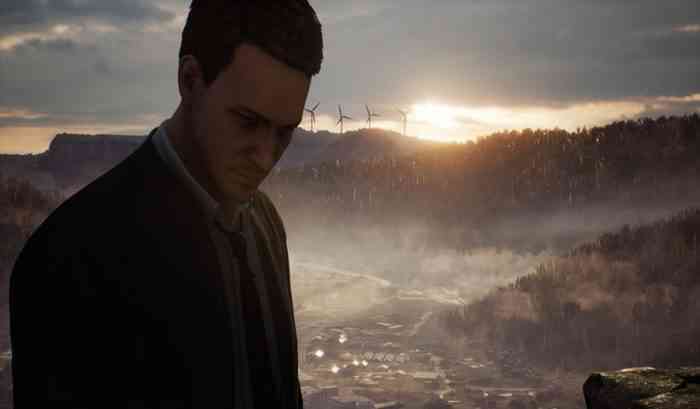 Twin Mirror is now available on PS4, Xbox One, and PC. The digital PC version will be an Epic Games Store exclusive for one year, starting today.

What do you think of Twin Mirror? Let us know down in the comments, or hit us up on Twitter or Facebook.