Myth of Empires is the War Sandbox Game of Your Dreams

Have you ever wondered what it’s like to live on a continent that’s going down in flames? Imperium Interactive Entertainment, Ltd. and Angela Game seek to answer that question in the form of an online multiplayer sandbox game in which players are tasked with rebuilding a ravaged world. The Eastern Continent (basically Ancient China) has been devastated by war. Now the central government had broken down, warlords compete for power and resources, and it’s up to you to bring a new age of peace and prosperity. You can lead with benevolence or start throwing your weight around immediately, but either way, there’s a lot to do on the 64 square kilometer map.

The game challenges you to “Found your own empire and craft your own myth,” and you’ll have a ton of options on how to do it. Fight bears. Expand your territory. Restore the farms. Recruit NPCs to your cause. Harvest resources to build cities. Construct towering mountain forts. And then, when you feel prepared, lead your armies into battle with–or against–your friends. 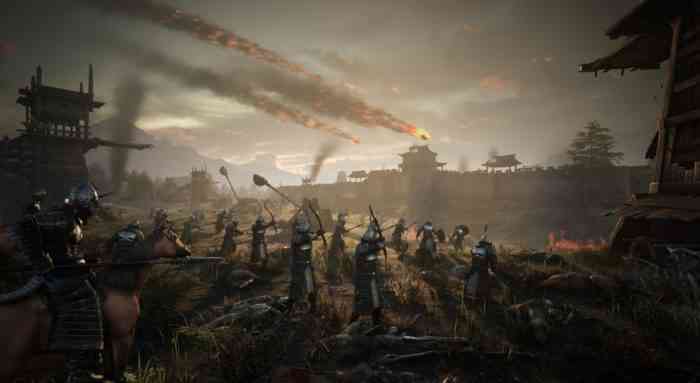 Myth of Empires will be coming to Steam for PC, though the release date is TBA.

What’s your favorite empire-building game? Let us know down in the comments, or hit us up on Twitter or Facebook.

Electronic Arts Confirms: Battlefield 6 Will Be On Current Gen Consoles
Next
You Can Buy Spider-Man Remastered Standalone, but Should You?
Previous
Unlock Ghost of Tsushima Skins Based on PlayStation Characters