The Future of Gaming, or a Failed Experiment?

Nintendo celebrated the landmark 35th year of the Mario Franchise this year. and with celebrations lasting over six months, it’s fair to say that there’s a lot going on. Mario is undoubtedly one of gaming’s most familiar faces, and he and his gang of friends and foes like Bowser, Princess Peach, and Luigi have dabbled in just about every horror in their unique, lighthearted way, from platformer to RPG to Survival Horror.

As part of the release Nintendo released a couple of Limited Time games – that is, games which were only intended to be purchased for a set amount of time, in this case March 31st – and Nintendo of America’s President, Doug Bowser (No relation) has stepped in to clarify the company’s reasoning.

“Yeah, I think I use a simple word: celebration. It just — this is a celebration of Mario’s 35th anniversary. And we wanted to celebrate in unique and different ways, and we’ve done that through games like Super Mario 3D All-Stars, or we will be doing that through future releases, such as Super Mario 3D World + Bowser’s Fury.”

“And then we’ve also done it through releases such as Game & Watch: Super Mario Bros., or through Mario Kart Live: Home Circuit. There are various ways that we’re celebrating Mario’s 35th. And with some of these titles, we felt it was an opportunity to release them for a limited period of time. They’ve done very, very well. Super Mario 3D All-Stars has sold over 2.6 million units in the U.S. alone. And so clearly, consumers have been able to jump in and enjoy that. And it’s not strategy that we’re going to be using widely, but it’s one we thought was very unique for the actual anniversary.”

So, there we have it. While it’s definitely sad that you won’t be able tp pick these games up in a few short months, the good news is that this isn’t a strategy Nintendo will continue – and as far as celebrations go, limited-time games are definitely an interesting way of spreading the joy. 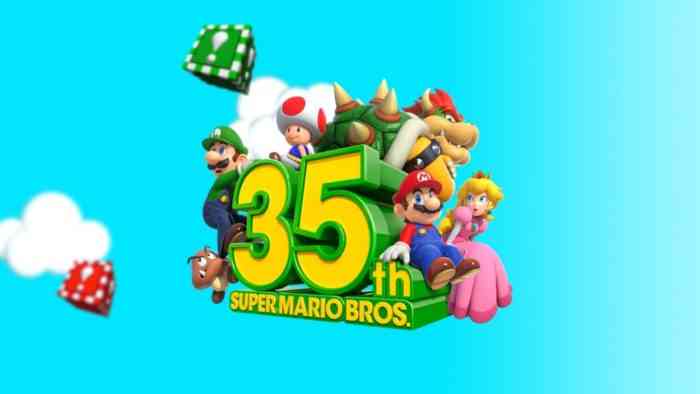 What do you think of the anniversary event? Let us know in the comments, on Twitter, or on Facebook.