Don’t Be Afraid is Screaming onto Steam This Month

What Are You Scared Of?

We all have our phobias. I myself have phobias of spiders and, as weird as it sounds, alien abductions. I know a girl with a ketchup phobia, and a sister who’s afraid of cubed carrots. Phobias range from understandable to strange, common to uncommon, but one phobia which nobody seems to have – although most would admit a healthy fear if there was one stalking the streets – is serial killers, and that’s what new game Don’t Be Afraid is focusing on.

Don’t Be Afraid puts players in the shoes of David – an ordinary eleven year old boy captured by Mr. Franklin, a psychopathic serial killer. To make matters worse – at least, if the above trailer is anything to go by – there’s more than just human monsters stalking the home you find yourself exploring, with phantoms, shambling creatures, and some sort of massive worm-like creature just some of the horrors David will encounter during his traumatic attempt at escape – and with branching paths, it’s a safe bet that not all of these paths have happy endings.

The good news if you can’t wait for the December 17th release date is that developers Broken Arrow have released a playable prologue to the game, Don’t Be Afraid: The First Toy, on Steam. The game puts players in the shoes of one of Mr. Franklin’s earlier victims, Jamie, as he attempts to escape for himself – but given the nature of the game, it’s a safe bet that he doesn’t survive his encounter with the killer, and if he does then he doesn’t bring him to justice. The First Toy currently has an approval rating of over 90% on Steam, and if they can carry that success over to the full game then we might have a new hit on our hands. 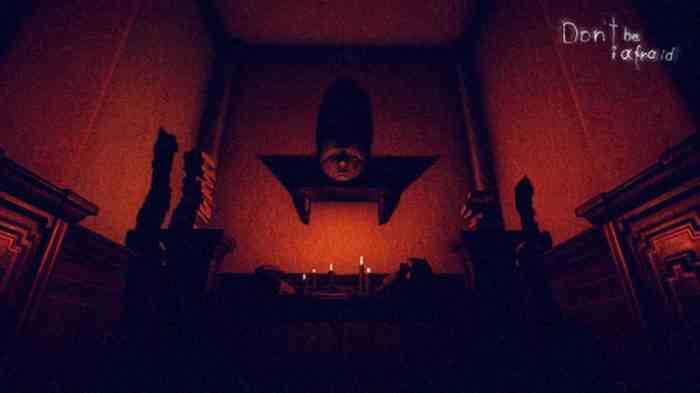 Have you checked out The First Toy? Let us know in the comments, on Twitter, or on Facebook.

Next
The Last of Us: Part 2 Gets a New Trailer… Six Months Later
Previous
Behaviour Have a Big 2021 Planned For Dead by Daylight