Babies in Jars Is Kind of Cyberpunk-y, I Guess

What do Death Stranding and Cyberpunk 2077 have in common? Their promotional campaigns heavily feature an actor with long hair and they both released to sub-par reactions. A match made in 2020, which is certainly not heaven. In a strange twist of events, there is now a Death Stranding x Cyberpunk 2077 crossover update for the Kojima Productions game that makes is a little more cyberpunk-y. It doesn’t really add much to the game other than new aesthetics for Sam Porter, v reminiscent of V. 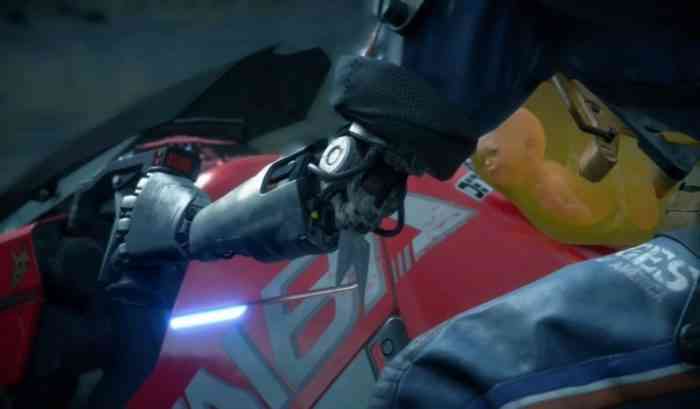 The trailer for this update slowly zooms in on Sam Porter traveling via motorcycle across the wasteland of Death Stranding. The motorcycle Sam is riding looks to be inspired by the Cyberpunk 2077 design with its blue neon glow around the wheels. We also see that Sam is sporting a cybernetic left arm, and when he turns to the camera, he can be seen wearing aviators, which is very cyber. Later we see Sam Porter in one of his break areas between missions. He splashes some water in his face and we see cybernetic implants in his cheeks and around his eyes. The song playing during the trailer is also from Cyberpunk 2077.

So, it appears that this update adds new cosmetic items to the game, as well as a hacking function that allows players to disable enemy vehicles, MULE sensors, and stun certain enemies. Right now, the update is just for the PC version of Death Stranding, but hopefully PS4 users also get it. Death Stranding is out now for PC and PS4, and Cyberpunk 2077 is out for PC, Stadia, Xbox One, and PS4.

Do you like this crossover update? Let us know in the comments below.