Capcom Has Released New Information on Their Retro Console

About a month after a leaked retail listing, Capcom has officially revealed their upcoming mini retro console, the Retro Station. The company has launched an official website for the product, detailing the console’s features and included titles. 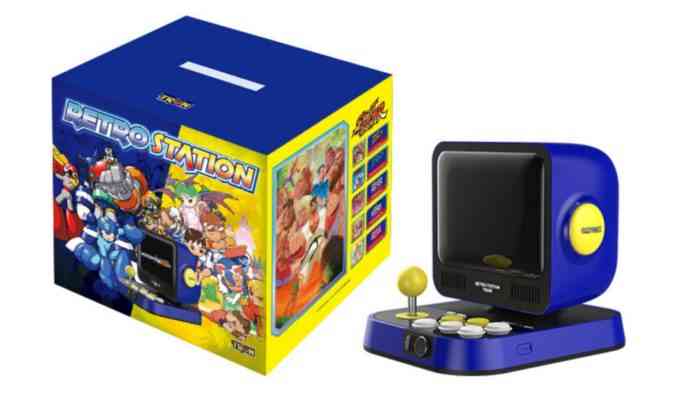 The retro console’s design includes a small CRT-style screen with an attached full-size joystick and buttons. The screen is a high quality 8 inch 4:3 LCD display, outputting a 1024*768 resolution. The Retro Station can also output HD quality video to a big screen via HDMI interface. It is notably inspired by Mega Man’s design with the site explaining the design ideas as:

“Spark from the MEGA MAN. The RETRO STATION comes from an elegant design which will recall you the old days and the best memory with MEGA MAN and STREET FIGHTER.”

The Retro Station is set to be released in March, 2021 in Japan, and is available for ¥21,780 which is about $210 USD or $270 CAD. What do you think? Does the Retro Station seem to be worth the price? Let us know down in the comments, or hit us up on Twitter or Facebook.

Capcom Arcade 2nd Stadium Review – A Fist Full of Quarters Not Required
Next
Bully 2 May Have Been Canned for Other Projects
Previous
You Can Play Crash Team Racing: Nitro Fueled for Free This Week