Melody of Mystery? Pretty Sure There’s an App for That

It’s rare when a game pulls off 3-player co-op, but the Trine series has made that a staple. The Trine games are (mostly) 2D side-scrolling, puzzle, fantasy games. The most recent installment, Trine 4: The Nightmare Prince came out in October 2019, and now more than a year later, Modus Games has announced Trine 4 DLC called Melody of Mystery. Like the Goblin Menace DLC of Trine 2, Melody of Mystery includes a new 6-level campaign for Amadeus, Pontius, and Zoya to embark on. 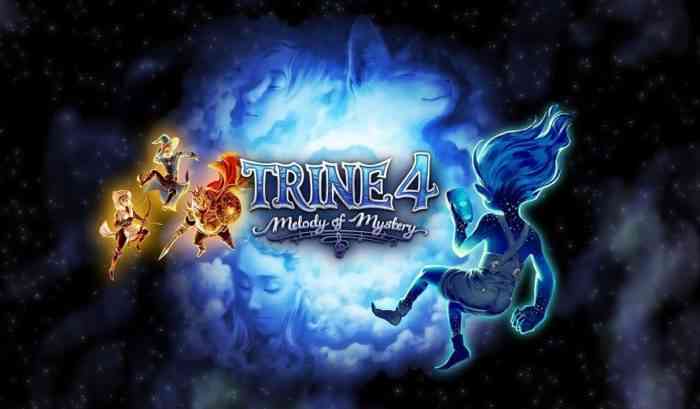 A trailer for Melody of Mystery was released today. It tells of a place called the Astral Academy where its students once fell into a deep sleep of wonderful dreams. However, they found that they were unable to wake up. While that is an intriguing tale and all, we are left to wonder how the heroes of Trine tie-in with it. Do you they also enter a dream world? Do they explore the Astral Academy and lift this curse on the students? The short trailer does not really answer these questions. We do know, however, that there will be new skills for each of the heroes to acquire and new puzzles with new elements to challenge them.

The trailer does not provide us with a release date we can expect this one, and with this trailer coming more than a year out from the game’s release, there is really no telling when fans can play it. All it says is “coming soon”. Trine 4: The Nightmare Prince is available now for PC, PS4, Xbox One, and Nintendo Switch. You can also get it in the Trine: Ultimate Collection.

Are you looking forward to playing Melody of Mystery? Let us know in the comments below.