Mattel’s Hot Wheels are racing onto Roblox with Hot Wheels Open World, a new racing experience that lets you race, collect, and earn over 80 different cars at launch. The game, developed by Gamefam, unites Mattel and Roblox’s brands and lets you take part in quests and stunt challenges, bringing Hot Wheels to a whole new audience. 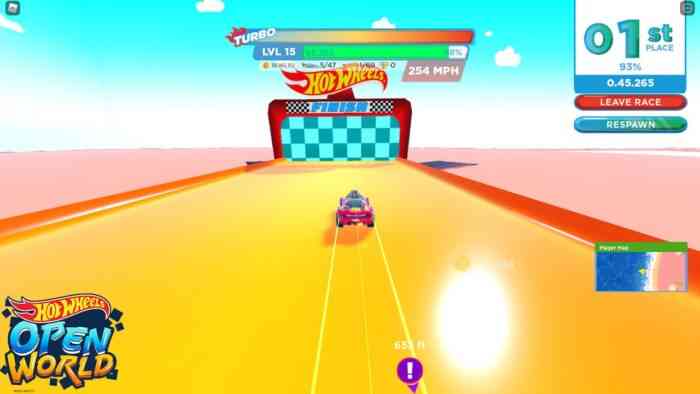 “We’re incredibly excited to bring Hot Wheels to life for millions of fans around the world on Roblox. The Roblox platform unlocks digital experimentation and play, which are core to the Hot Wheels brand,” said Andrew Chan, Head of Digital Gaming at Mattel. “’Hot Wheels Open World’ provides a creative sandbox for Hot Wheels gamers of all ages to play and compete online together.”

Given that Chan specifically mentions digital experimentation, it’s likely that players will be given the chance to create their own courses – after all, Roblox does allow players to create and program their own games, so a racetrack should be an easy feat for many within the community – and given that Hot Wheels tracks have always been customizable and combinable, there’s definitely precedent for it.

The game also utilizes an open world, letting you drive around a vast map as you search for more and more stunts, racetracks, and hidden items, whether they’re inside volcanoes or on the beach. The game’s definitely taking a social approach in-line with past games offered on Roblox, letting you hang out with your friends and explore the world between races. 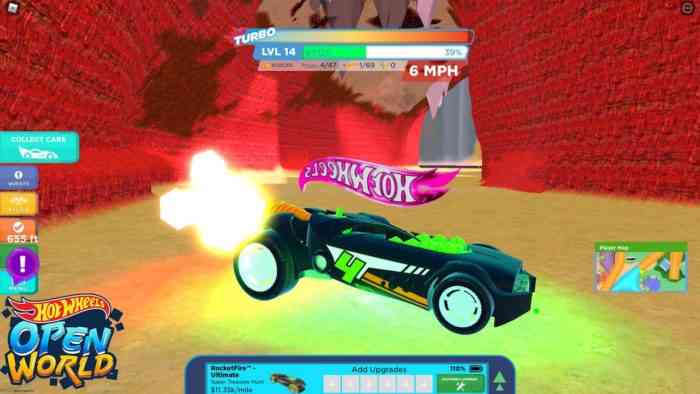 Right now, you can visit the Hot Wheels Gaming Channel to see streamers like PrestonPlays, Tewtiy, and ChrisandMike try their hands at the game, exploring the map, falling prey to some of the hazards dotted around, and showing their hot wheels skills on the various stunts and races.

Hot Wheels Open World is out now for Xbox One, PC, and Mac, and will be out later for iOS and Android. Will you be checking it out? Let us know in the comments, on Twitter, or on Facebook.