NBA 2K21 WNBA Players Will Not Be Allowed in The City

No Girls Allowed for Some Reason

A couple of weeks ago, we got some great news for basketball and WNBA fans. NBA 2K21 Mamba Forever Edition would expand gameplay with WNBA league as well as character customization and progression. This was an even bigger endeavor to include the WNBA than the previous year’s game. Unfortunately, not all invitations have been extended to the female players in this game, which is all too common for women. Apparently, NBA 2K21’s hub area and social space The City will not be accessible with female players. The City is a total sausagefest. 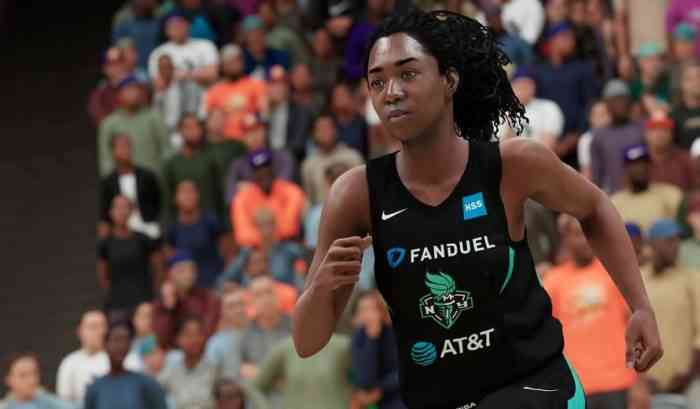 In an interview with PowerUp Gaming, when asked about female players in The City, NBA 2K21’s executive producer at Visual Concepts Erick Boenisch began almost dodging questions with game modes where WNBA players can be used. The trailer for NBA 2K21’s The City also reflects the exclusively male presence in this space. While there appear to be many activities beyond basketball to take part it, not a single woman in sight. When asked if MyWNBA is separate from MyPlayer (which is the player used for The City), Boenisch replied, “It’s separate. The W has its own online component to it, where you go online and play against other WNBA created MyPLAYERS.”

It is certainly disappointing that the female players made in MyWNBA will not be allowed in The City, but there is plenty of time until the next game for 2K to fix this. So, 2K, fix this. NBA 2K21 is available now on PC, Xbox One, PS4, Stadia, and Nintendo Switch, and will be available on PS5 and Xbox Series X at launch.

Do you think 2K will allow female players into The City at some point? Let us know in the comments below.

Blue Fire Coming to Nintendo Switch and PC Next Month

The Medium Live Action Trailer Is Crazy as Hell
Next
EA Plans to Release Six Games Next Fiscal Year
Previous
Help Me Care About Framerates, Please