A League of Their Own

NBA 2K21 came out in September to kind of meh reviews. There are also unskippable ads, which are no good. However, there is something cool coming out from it. If you are an owner of the Mamba Forever Edition of NBA 2K21, you will be able to play the exclusive WNBA Franchise Mode, MyWNBA. The cool thing about this is that this mode is not just the same MyTeam experience with a female player or team. There is a much deeper experience to be found in MyWNBA with how customizable it is. 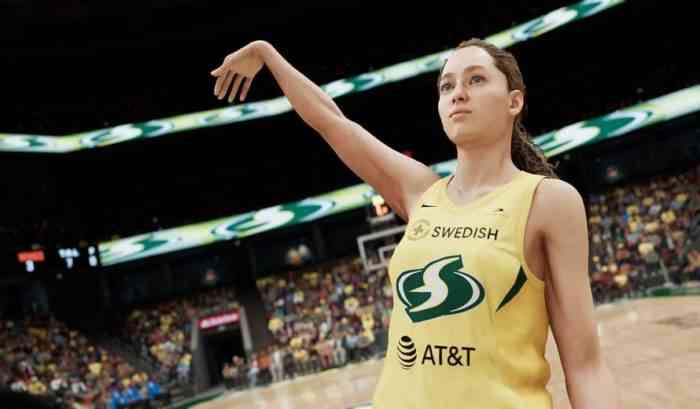 Like in MyPLAYER, you can choose your customizable WNBA player’s position, skill balance, attributes, and appearance. As you play with your character, you can track not just their on the court stats, but their influence off the court. This means your player you improve their Progression, Popularity, WNBA Popularity, Wealth, and Chemistry. Some of these can be increased just by playing games with your player, while others are affected by the choices you make outside of the games.

NBA 2K fans know all about the gameplay on the court. Extra stuff that will help your MyPLAYER progress include roles like Coach, Entrepreneur, Global Icon, Fashion Icon, and Influencer. MyWNBA also lets you customize the rules of the league. Not much detail on that, but one can assume that means game times, team makeup, and other factors in how the game is played. NBA 2K21 is out now on PC, Xbox One, PS4, Nintendo Switch, and Stadia, and will be out on Xbox Series X and PS5 when those consoles launch. Check out our review of NBA 2K21 here.

Are you looking forward to MyWNBA? Let us know in the comments below.