A Hell of a Good Time

Ever felt like the blood in your veins just doesn’t belong to you? No, we’re not talking about donating blood, we’re making a reference to the creepy launch trailer tinyBuild released last year when the sci-fi horror Soulslike Hellpoint released on PC, Xbox One, and PS4. Have you seen that trailer, actually? You should check it out–first, because it’s just delightfully creepy; second, because there’s a big monster with a neon tongue in it; and third, because Hellpoint is coming to PS5 and Xbox Series X|S, so that trailer just got very relevant. Go on. Take a look. We can wait.

For those of you who missed out last time, Hellpoint is a Soulslike dark RPG that combines brutal, punishing gameplay with a horrific sci-fi atmosphere straight out of Doom. Players must explore Irid Novo, an abandoned space station orbiting a black hole, in the wake of a cataclysmic event called the Merge. Its combat is classic Soulslike, but its story and world take inspiration not just from Doom, but from other horror entries like Dead Space, Event Horizon, and Hellraiser. It promises a bloody good time when it arives on next-gen consoles.

The game’s features include: 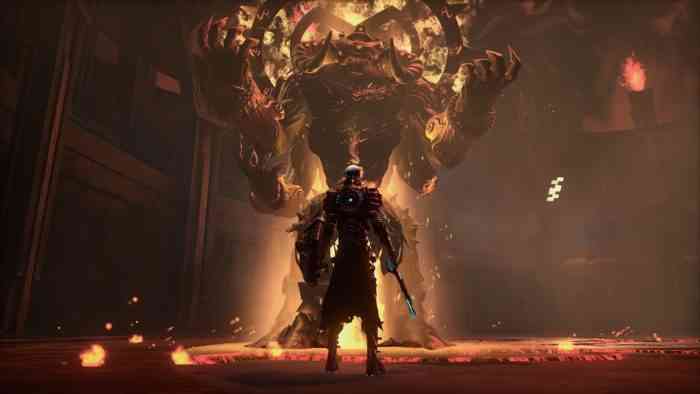 The enhanced version will add support for higher framerates and resolutions, faster loading times, and a choice of two visual modes: performance mode with Dynamic 4K at 60FPS and quality mode with Native 4K at 30 FPS. Better yet, the upgrade to PS5 and Xbox Series X/S versions will be free if you already own it on PS4 or Xbox One. Check it out when it drops in 2021.

Are you ready to die, die again… in space? Let us know down in the comments, or hit us up on Twitter or Facebook.