How’s This For a Blast From the Past

First-person shooters have come a long way from their roots, but there’s still a demand for the more traditional examples. Goldfinger is still held up as one of the N64’s greatest games, and with the return of the Doom franchise in 2016, it’s safe to say that as fun as exploring Columbia or fighting terrorists across a city can be, we still miss the good old days.

Humble Games and Bounding Box are looking to recapture the magic of the nineties with Prodeus – described as a “First Person Shooter of old, reimagined with modern rendering techniques”, and they announced today that the game is launching for early access on November 9th – a day earlier than planned. Like with other games using an early access business model the money will go towards completing further stages of development so, while you’ll be getting the game early, you can expect a substantially different experience after the full release.

We don’t know all that much about the story as of yet, and the new trailer doesn’t give us much information. We know that your character is a corrupted agent of Prodeus – the world’s creator – who’s working to bring them down by any means necessary. 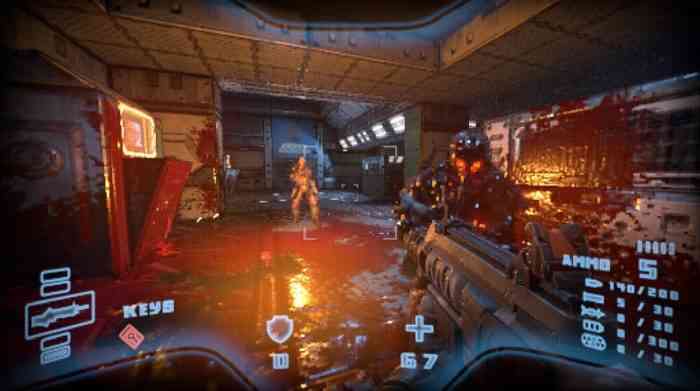 It looks like the game lives up to its description, with deliberately low visuals and Doom-inspired graphics, combined with fluid movement and blood splatter. After all, we still expect quality visuals from our retro games, with the likes of Octopath Traveller still looking better than most, if not all of the games it emulates. it’s important to remember that people were excited for both Duke Nukem Forever and Daikatana, both games which were critically reviled, but given the fact that Prodeus is being developed by Michael Voeller and Jason Mojica, who have a combined 25 years of experience in the genre, hopefully we’ll have something truly special on our hands.

Will you be checking out Prodeus? Let us know in the comments, on Twitter, or on Facebook.