Run and Gun on the Run

Doom Eternal launched earlier this year for PC, PS4, and Xbox One, with promise of coming to Nintendo Switch as well. Confusion over its launch on the Switch reached critical mass just over a week ago, leaving some pre-orders cancelled and questions being raised over whether or not id Software was scrapping it entirely. Thankfully, that was not the case. Bethesda even said that the release was “imminent” and it turns out that it is in fact coming out really soon. Doom Eternal is coming out on the Switch just under the wire of 2021. 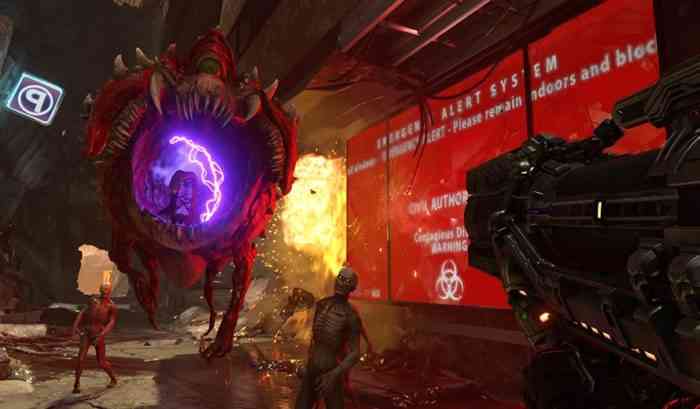 Today, Bethesda came out with a release date trailer for Doom Eternal on the Switch. It is mostly made up of cinematic footage we have seen in previous trailers, but you know, with the promise of being on a smaller, mobile screen. The trailer also can’t help but throw in some praise for itself from GameRevolution, calling it “one of the best first-person shooters of all time,” but they’re not wrong. Doom Eternal’s release date is set for early December, just in time for Christmas. Although, since there will be no physical copies of Doom Eternal on the Switch, it will be kind of hard to gift wrap it.

The wait for Doom Eternal is almost over for Switch owners. In just over a week, it will be out. Doom Eternal comes out on Nintendo Switch on December 8th, but is out now for PC, Stadia, Xbox One, and PS4, with PS5 and Xbox Series X versions in development.

Have you been waiting for a Nintendo Switch release? Let us know in the comments below.