Last week, Rockstar Games issued a challenge to players to collectively steal $100 billion in GTA Online through heists. Aptly named, The Heist Challenge ended yesterday and not only did the community hit $100 billion, they cracked $1 trillion dollars! That’s at least… twice as much! Now, the GTA Online community will be gifted a free, special vehicle. At the time, it just seemed like a fun thing for Rockstar to do, but now it seems that they were prepping the community for a brand new heist. Today, they unveiled The Cayo Perico Heist. 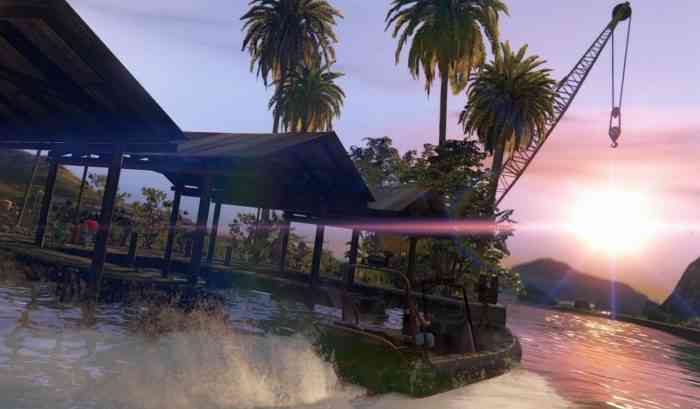 For the past few days, GTA Online players have found a few hints pointing to The Cayo Perico Heist without really knowing it. Dead bodies with briefcases have been found on the shores of Los Santos and a cryptic video titled “El Rubio Dossier” was released, hinting at a new location. Now, a short teaser has been released, confirming this new heist. The island of Cayo Perico is owned by “the world’s most notorious drug dealer” and players will be able to infiltrate or storm this island and take it for all it’s worth.

The teaser is short, so we don’t really know what kind of things players will be pulling off, but we do know that you don’t need a crew to do it. Apparently, you have the option of completing this heist by yourself. Hey, that means fewer shares. The Cayo Perico Heist will be available on December 15th. GTA V is available now on PC, Xbox One, and PS4.

Will you be trying out this heist? Let us know in the comments below.