Red Dead Redemption 2’s Online mode is a dream come true for those of us who want to live out that Wild West fantasy, you can partake in hunting challenges, shootouts, or just ride across the frontier. If you log into Red Dead Online between now and November 16, however, you’re in for a spooky surprise! 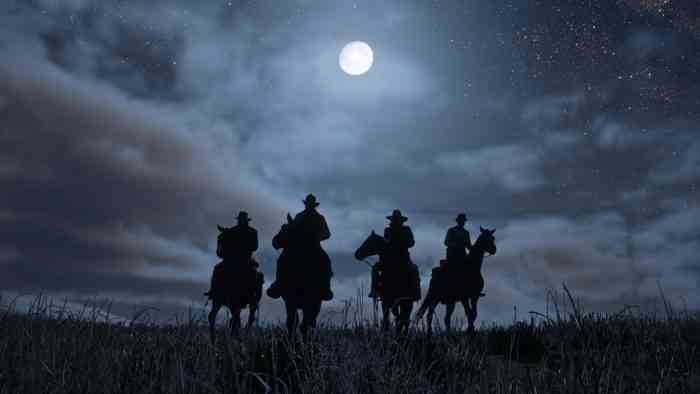 Starting on October 20th, players will be able to purchase the Halloween Pass, granting them access to exclusive macabre content themed around all things horror. Fans who pick up the pass will have 20 new ranks to progress through, with rewards to be gained as they level up through different events. The creepy new content includes:

As part of the update, Rockstar has added a brand new game mode titled “Dead of Night” in which four teams will fight each other while also fending off hoards of the undead. Players will earn points for disposing of the dead, as well each other, and also have a chance to find the “Night Stalker” mask which will grant them supernatural powers to turn on their foes.

The cost of the Halloween pass is 15 gold bars, the precise value of the bars depends on how you get them, but you can purchase 25 bars for $9.99 USD. If you haven’t already bought bars, this is a good time to jump in as you can get a one-time offer of 25 gold bars for $4.99 USD ($0.20 per gold bar). For players who don’t want to shell our for in game currency, you will still have access to certain rewards including the “Phantom Buck” horse mask and an advanced camera filter.

Rockstar’s Red Dead series has a history of stellar horror content, including the fantastic Undead Nightmare expansion for Red Dead Redemption on the PS3. This Halloween Pass continues that tradition, with some good old fashioned fright and fun in the old west on Red Dead Online.

What games would you like to see get a horror-themed update? Let us know in the comments!