First, Second, Third, and Many Bloods

From out of nowhere! NetherRealm Studios reveals a long-awaited Kombat Pack 2. It features older characters, as well as a surprise guest character John Rambo from the Rambo/First Blood series. This comes as part of the announcement of Mortal Kombat 11 Ultimate, which is the PS5/Xbox Series X edition of the game. There is quite a bit to unpack here, so let’s get started. It is unclear if current owners of Mortal Kombat 11 will get free upgrades to Mortal Kombat 11 Ultimate or not, as it will include all the content up to Aftermath. 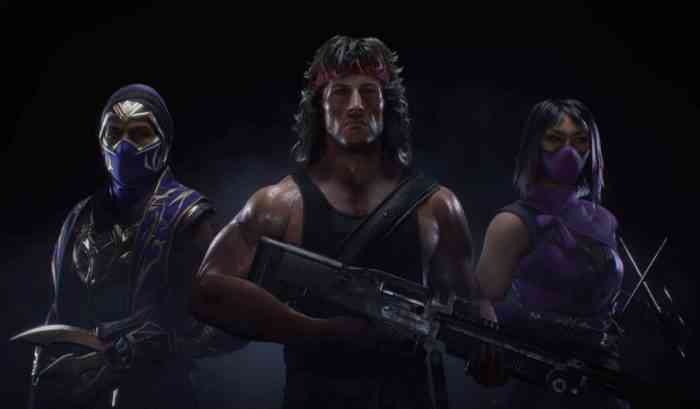 Let’s look at the trailer. We see a Tarkatan (like Baraka or D’Vorah) running through the jungle. Rain materializes behind him, but the Tarkatan is dragged into some bushes. Its severed head is thrown to the feet of Rain and Mileena emerges from the bushes. Mileena and Rain face off briefly, until Mileena triggers a net trap, which she evades. Someone emerges from the jungle and Mileena asks who this mystery man is. John Rambo responds, “I’m your worst nightmare,” and then begins unloading his machine gun. Boom! Mileena AND Rambo!? It must be everyone’s collective birthday.

These three will be part of Kombat Pack 2, but the first Kombat Pack had Nightwolf, Shang Tsung, Sindel, Joker, Spawn, and Terminator, so hopefully more characters will be revealed. Kombat Pack 1, 2, and the Aftermath expansion will all be part of Mortal Kombat 11 Ultimate, which becomes available on November 17th. It will feature 4K visuals, reduced load times, and crossplay and cross-gen capabilities. Mortal Kombat 11 Ultimate can be purchased for PS5 and Xbox Series X.

Which new character are you most excited for? Let us know in the comments below.