Relevance: Who Needs It?

Here’s my Brave Opinion of the day: The theme song for the first Kingdom Hearts game is dumb. Yes, Kingdom Hearts is an iconic game, beloved by all, and all that good stuff. It’s great, but that is why we need to hold it to a standard worthy of the series. Square Enix, you stand accused of willfully ignoring the themes and messages of Kingdom Hearts in favor of a pop-y theme song! This is a powerful statement that I am courageously putting my name on. Simple and Clean is a bad song for Kingdom Hearts. 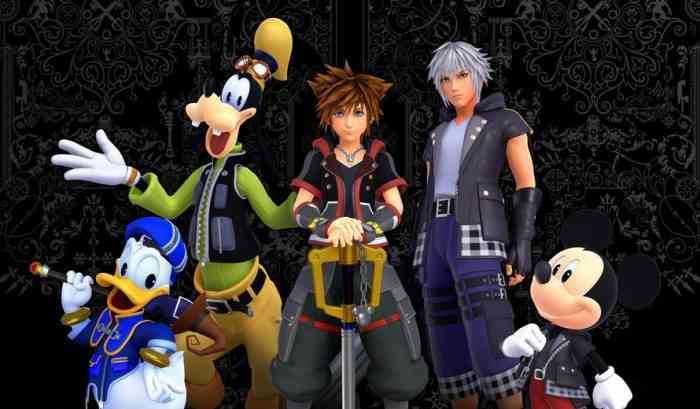 The lyrics of Simple and Clean tell of a blooming romantic relationship. As far as being Kingdom Hearts’ theme song, it has nothing to do with the themes of the game. You want to talk about Sora’s crush on Kairi? Okay, but that’s also pretty weird. Like, ‘I should call the police’ weird. Kairi and Sora’s friendship is not the whole story of the game. It may be one of Sora’s driving forces that keeps him going on his quest, but it also evolves into much more than that; a rivalry with Riku, saving the worlds from the Heartless, and finding the heart’s true essence.

Let’s also talk about the kind of game Kingdom Hearts is. It’s an action RPG. You’ve got fantastical elements like magic, summoning, the power of friendship, and Disney. Is a slow pop song really the best way to capture essence of the game? I think not. I don’t need you to go full power metal like Guilty Gear, but come on (Power metal probably is the most appropriate music genre for JRPGs, but let’s leave that for another Brave Opinions). If you like the song, that’s fine, but don’t let you feelings cloud your judgement; this song is not right for this game.

Simple and Clean is by Hikaru Utada, who wrote and performed the theme songs for all the subsequent Kingdom Hearts games, which by the way, I have no beef with. My question is to Kingdom Hearts director Tetsuya Nomura. What does she have on you? What made you select this song to open and close this game? In my humble and Brave Opinion, there is a much better option. This Will Be the Day by Jeff Williams and Casey Lee Williams is much more suited for Kingdom Hearts.

This Will Be the Day is a faster paced power rock/metal song with actual lyrical references to the strength of a heart and waging battle at a young age. Admittedly, this song is already the theme song for RWBY Volume 1 and was written 11 years after the release of Kingdom Hearts. My point is, there are other options. This has been Brave Opinions, exposing this crime against gaming.

What do you think? Do you have a better alternative for a Kingdom Hearts theme song? Or is it already perfect? Let us know in the comments below.