Get Ready for the Studio Version

Square Enix is stepping into a new zone with Kingdom Hearts: Melody of Memory. It is a first for the series to try its hand at a rhythm game. Fans may have played DDR or Guitar Hero and be familiar with the concept, but Square Enix is making it a little more about combat in the timing with music than hitting notes or steps. This may be why fans are getting to feel it out with the demo which has come out for the game. 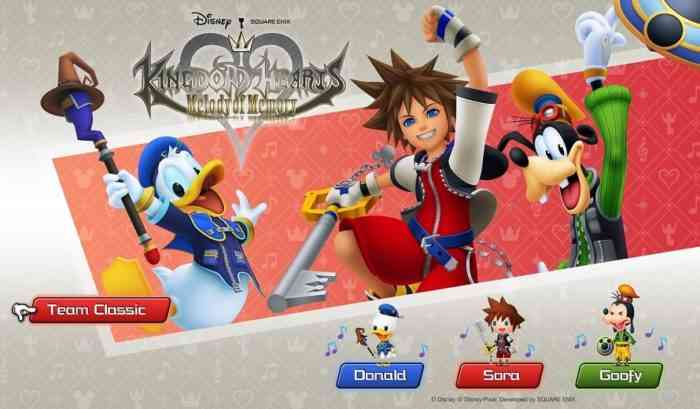 The demo contains six different songs. Four of the songs can be selected Track Selection menu, which appears to be a freeplay or quick select mode, as opposed to the story mode. These songs are Welcome to Wonderland, Hand in Hand (both from Kingdom Hearts), The Rustling Forest, and Wave of Darkness I (both from Birth By Sleep). These can be selected with three different difficulties; Beginner, Standard, and Proud. Two other songs are exclusive to Co-op for the demo. These two songs are Sinister Shadows from Kingdom Hearts 2 and All for One from Dream Drop Distance.

The YouTube channel KHInsider showed off the gameplay of the demo with all the songs, so you can get a demo of the demo. The demo is available now to try out on PS4, Xbox One, and Nintendo Switch. The full game of Kingdom Hearts: Melody of Memory will be coming out on November 13th.

Will you be trying out the demo and/or the full game? Let us know in the comments below.