One of the breakthrough games of Japan’s unexplainable weirdness is making its way back to today’s gaming audience. Katamari Damacy Reroll has been announced for PS4 and Xbox One. Again. Just under two months ago, the game was announced to be coming out in Japan for Xbox One and PS4. Now, Western audiences can also get ready to hoard the digital world’s items as well. Arriving just around the time of the PS5 and Xbox Series X launch date, it is unclear if there will be any enhancements to be made with by those platforms. 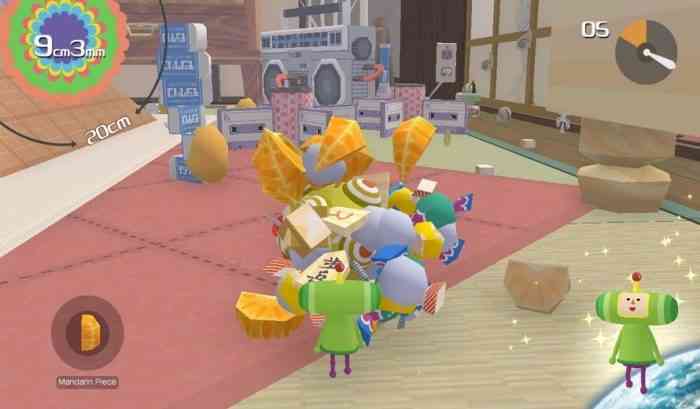 For those who missed it the first time around, Katamari Damacy is a cool, but weird game where the King of All Cosmos drunkenly destroys everything in the universe with the exception of Earth. He charges his son, the Prince to round up every object he can to remake the Earth’s moon. The Prince uses a ball called Katamari that grabs onto every object that it is larger than. As the Katamari gets bigger, it can pick up bigger items. Katamari Damacy Reroll is the remastered version of the game, which already came out on PC and Nintendo Switch nearly two years ago.

The Western announcement is a little bit of a short notice, but welcome all the same. Katamari Damacy Reroll is available now on Nintendo Switch and PC, and will be available on November 20th for PS4 and Xbox One.

Are you going to re-experience Katamari? Let us know in the comments below.