While Digimon is a popular IP as a manga and anime, it has a hard time in the video game world. Ironic. Bandai Namco is taking another stab at a Digimon game with Digimon Survive. Unfortunately, fans are going to have to wait a little longer than anticipated for it. The original release window was set for late 2020, but then 2020 happened. A week or so ago, there were rumors that we might not see the game until next year. Now, it has been confirmed that the sorry state of the world has caused a delay with Digimon Survive. 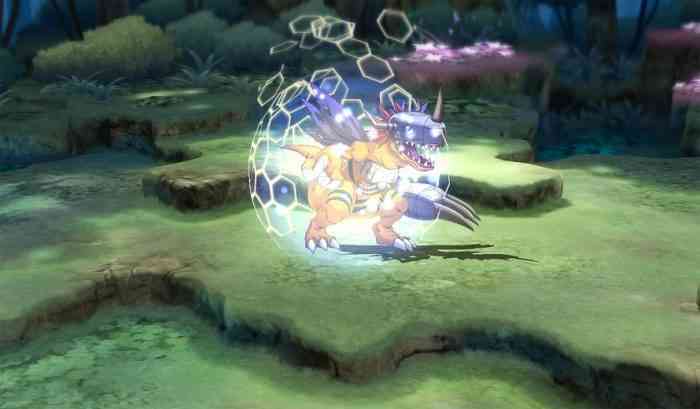 On Twitter, producer Kazumasa Habu announced that Digimon Survive would be pushed back and that fans would hopefully get to play it in Spring 2021. If you are unfamiliar, but interested in Digimon Survive, there are some nostalgia factors that the game is leaning on. One of the main Digimon partners that characters will be battling with include Agumon, one of the most iconic mons from the first anime series. The main character Takuma appears to be boy with brown hair that wears goggles for no reason, like Tai from the anime.

Digimon Survive will have different gameplay phases, called Drama Parts, Search Section, Free Action, and Free Battle. Drama Parts are basically visual novel elements where the story is established. Search Sections are opportunities for the player to find a way to survive, which is a pretty vague description, but hopefully we’ll figure it out soon. Free Action is a section where the player can roam the area and interact with NPCs. Free Battle is where the combat happens. Digimon Survive won’t be a sunshine and rainbows story like the anime was when we were kids. Different choices made by the character affects the outcome of the game and even lead to the deaths of some characters. Digimon Survive is expected to come out in Spring 2021 for PC, PS4, Xbox One, and Nintendo Switch.

Are you patiently waiting for Digimon Survive or will you pass on it? Let us know in the comments below.

XIII Remake Delayed for Nintendo Switch, on Time for Other Platforms