Outwit the Chaos Servants and Uncover Your Family Secrets

As Halloween gets closer and closer, more and more spooks emerge from hiding. InvertMouse’s beautifully animated side-scrolling survival horror game Clea is one of them. Originally released on Steam in July 2019 to overwhelmingly positive reception, Clea will be available for Nintendo Switch on October 30th. Be sure to add this little gem to your Halloween gaming schedule. The game follows the titular Clea, a young girl whose parents have been keeping a dark secret: they’ve been experimenting on masked monsters known as Chaos Servants. But something went wrong and now the monsters are loose. Clea must now flee the mansion, avoid the hunters, and keep her younger brother Edmond safe. Unfortunately, that will be easier said than done. The Whitlock Mansion seems to be designed to keep Clea locked away from the outside world.

Clea is a classic survival game in which players must solve puzzles, collect items, sneak their way past terrifying monsters, and piece together a horrifying truth, but it’s also a unique spin on the formula. Why? Simple: there are no scripted jump scares in this game. None. At all. That means you need to pay close attention to your surroundings, because the Chaos Servants could be anywhere and your skills and choices will determine Clea’s fate.

The game also features beautiful HD paper doll style graphics, local leaderboards so you can compete with friends to solve the mystery, full English voice acting with a cast including veterans from Sword Art Online, K-On, and RWBY. There’s also a brand new title theme from Dale North. That in itself may be worth the price of admission. 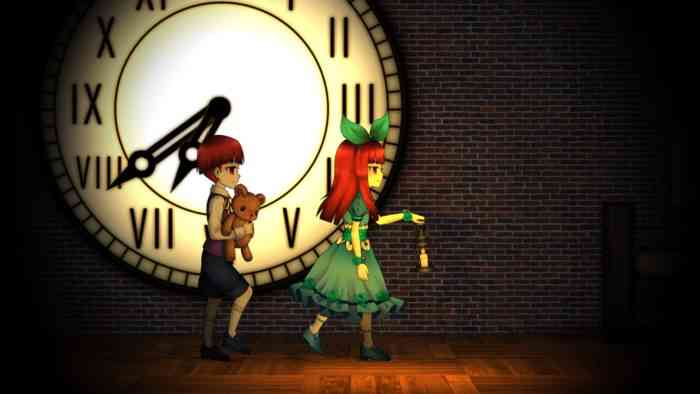 What will you be playing this Halloween? Let us know down in the comments, or hit us up on Twitter or Facebook.