Sometimes, the world is very strange. We deal with this by peering into worlds that are even stranger. This is why Blaseball exists. The only online simulation browser game which presents baseball by way of Lovecraft, where random incinerations can force teams to bring in new players, Forbidden Rule Books can change the course of everything, the umpires can go rogue, and you and other fans actually have an influence on how the game turns out. Completely unbelievable, we know, but it’s also spell-binding to watch. As the season finale of Blaseball approaches, it only makes sense that this momentous in-game event would be sponsored by an upcoming, equally surreal game with an equally brilliant sense of humour: An Airport for Aliens Currently Run by Dogs, the game where you wander indecipherable alien airports and pet stock photo dogs. There is nothing about this set-up we don’t love.

Wait, you ask, what on earth is a Blaseball? The answer, as provided by the official site, is simple: Baseball without mercy. If you want a more detailed explanation, though, Blaseball is a fan simulator where you watch crazy simulated baseball matches, place bets with fake money, and then spend that fake money on cheats to benefit your team. There’s a great community behind it. It’s a fantastic experience. It should be an Olympic sport. Right beside petting infinite dogs with an infinite number of hands.

Strange Scaffold, the miscrostudio behind the affectionately-nicknamed Dog Airport Game, has even released a new update to celebrate this partnership. Dog Airport Game has finally completed all six of its planned open-world airports and entered the alpha stage, but more importantly, they’ve also introduced the new character of Sports Dog, the avatar of all that is Blaseball within the world of Dog Airport Game. And all that is not Blaseball within the world of Dog Airport Game. Now that the most important things are implemented, we just have to wait on more quests, secrets, and general open-world stuff. And hey, what better way to spend that time than by sitting in the virtual stands and watching another surreal game of Blaseball? Name something better, we dare you. Go on. Try it.

That’s what we thought. 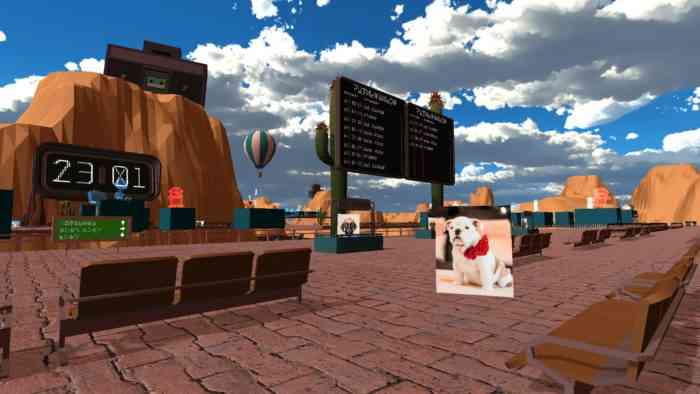 Dog Airport Game will be available on Steam at some point, hopefully soon. Blaseball is available to play on your browser right now.

What’s your favorite surreal game? Let us know down in the comments, or hit us up on Twitter or Facebook. Do not ask Strange Scaffold questions about Cage Dog or they will be held accountable.