Cloudy With a Chance of Gaming

Amazon has come a long way since it first burst onto the scene as an online market-place for books. Jeff Bezos’ tech giant has consistently muscled its way into emerging markets and industries for years, from E-books to streaming TV and movies, and now they are ready to enter the cloud-based gaming space with their new app – Luna. 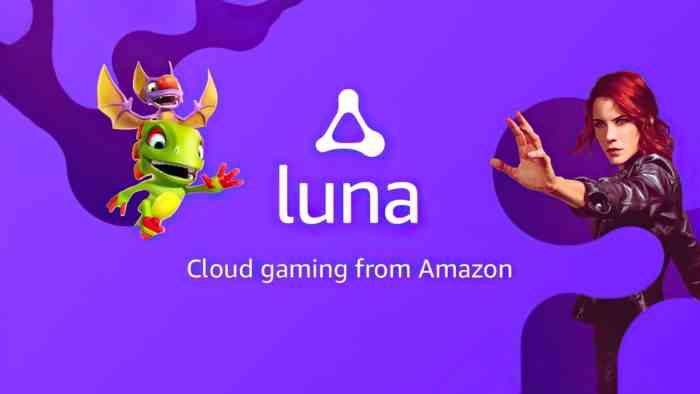 Officially announced back in September, Luna is Amazon’s cloud-based gaming service allowing customers to stream games from a library onto their Fire TV, PC, Mac, Android, or iPhone, and can play with either a keyboard and mouse, a Bluetooth controller, or a Luna controller. As the reveal trailer demonstrated, players will be able to instantly switch from one device to another – a very cool feature that shows Amazon is trying to rethink the way we approach our games.

Luna has now entered early access for a select number of US based customers, this initial phase is all about Amazon calibrating the service for its broad audience, as Amazon Entertainment Devices and Services vice president Marc Whitten explains “We are just getting started and need streamers and players of all kinds—core, casual, and first-time gamers—to provide feedback”. Amazon seems to be casting a wide net with this service, with so any different ways to access and play it is likely they will be patching and making adjustments for a while.

For those in the US who want to take part in the early access, you need to subscribe to the Luna Plus Game Channel, which comes with 50 games for $5.99 a month. You’ll get the first seven days for free, so you could check out what the service has to offer without emptying your wallet! Ubisoft have already announced a partnership with Amazon, and a large selection of Ubisoft games will be available on the Luna channel soon, adding even more value to the trial.

Amazon has been attempting to crack into the games market for a while now, with several failed attempts over at Amazon Games Studios. Luna marks a different approach, making existing games more accessible. This has always been Amazon’s strength, to take an existing model that works and make it convenient and affordable, so Luna perhaps has more of a chance than the company’s other video game endeavours. Cloud-based game streaming is definitely not going anywhere, and while the big 3 gaming companies don’t seem to abandonning physical media in the near future, they have certainly hedged their bets by investing heavily in steaming games.

Would you abandon consoles in favour of Luna? Let us know!