Super Mario Bros. 35 Is the Mario Battle Royale That We Already Had

Does InfernoPlus Ring a Bell?

We all know that Nintendo is super touchy about their IPs. I’d compare them to the [something] of gaming in this sense, but they are just the Nintendo of gaming. When everyone started making battle royale games out of classic games, someone by the name of InfernoPlus made Mario Royale, which is exactly what it sounds like; a Mario battle royale. Nintendo shut that down pretty quick. It took them a year or so, but they finally capitalized on that idea for themselves with Super Mario Bros. 35. 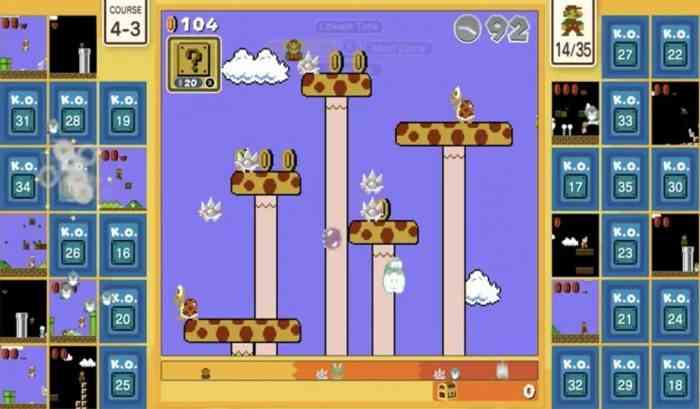 Last year’s Tetris 99 was Nintendo’s first official first party venture into the upper echelons of battle royale competition. It has 99 Tetris players competing against each other for a… Tetris Royale? Is that what you get at the end? Well, Super Mario Bros. 35 pits 35 players against each other for… the first chance to “rescue” Princess Peach? That has yet to be confirmed. Anyway, judging by the trailer, it looks like Super Mario Bros. 35 works a lot like Tetris 99. As you progress through the worlds and defeat enemies, you can send those enemies after different players to take them out. Like in Tetris 99, you can send them randomly, at the players with the least time, most coins, or at attackers, but they can also send them back at you.

Unlike Tetris 99, for some reason, Super Mario Bros. 35 has a shelf life. It will be available to play from October 1st, 2020 to March 31st, 2021. It is the 35th anniversary of Mario, so this game might just be a seasonal thing. Hopefully if people like it enough, it will become a more permanent thing. Super Mario Bros. 35 will be out exclusively on Nintendo Switch on October 1st.

Will you be playing the official Mario battle Royale? Let us know in the comments below.

Kaze and the Wild Masks Has a New Release Date

Nintendo Has Announced “Mr. Sakurai Presents Pyra/Mythra” For Next Week
Next
PS5 May Only Be Backwards Compatible With PS4
Previous
Who Is the First Marvel’s Avengers DLC Character?