There’s a Mario game for everyone. There are racing games, party games, multiple sports games, platformers, horror; everything, even a game for furries. It’s not officially marketed to the furry demographic, but it can’t be denied. Super Mario 3D World came out for Wii U in 2013, with a major draw being the different Mario characters having animal suits that imbue them with special powers and fetishes. Now you will be able to take your fascination with animal suits on the go, and not just to those special conventions. Super Mario 3D World + Bowser’s Fury will be coming to the Nintendo Switch. 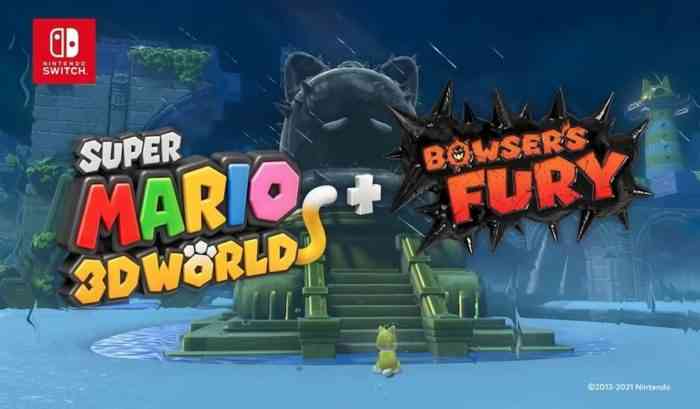 One part port, one part expansion. As you can probably guess, Super Mario 3D World + Bowser’s Fury is a re-release of the 2013 Wii U game with some new content. The trailer mostly shows us what fans of the game have already seen from the original release, but it ends with a more ominous tease of the new stuff. Contrasting to the brightly colored and fun-looking areas of the base game, Bowser’s Fury will bring the gang to a darker, more dreary part of the world where Bowser has made his home. We see Mario in one of his suits sitting in from of a mysterious alter of some sort in the shape of some animal ears. It is set in the middle of a thunderstorm with rain and snow all about.

Surely, the Mario gang will be exploring more dangerous and dark places this time around, but it is still unclear exactly what this new content will be offering. Hopefully, more than just new levels. We will see when Super Mario 3D World + Bowser’s Fury comes out on February 21st, 2021 for Nintendo Switch. Also, check out the newly announced Super Mario Bros. 35.

Will you be getting this re-release? Let us know in the comments below.


Remnant: From the Ashes Will Rise Again on Nintendo Switch