The PS5 Is the Biggest Console in Modern Gaming History

The Taiwan National Communications Commission has officially confirmed the dimensions of the PlayStation 5 and stacking it up to nearly any console dwarfs that console. The PS5 will releases as the largest of any of the PlayStation consoles, any of the Xbox consoles including the upcoming Xbox Series X, and any of the Nintendo consoles. This may be a concern for people who have limited space in their entertainment setup, but the disc-free console will save them a little space. Both PS5 consoles are releasing on November 12th at $499 for the standard unit and $399 for the disc-free unit. 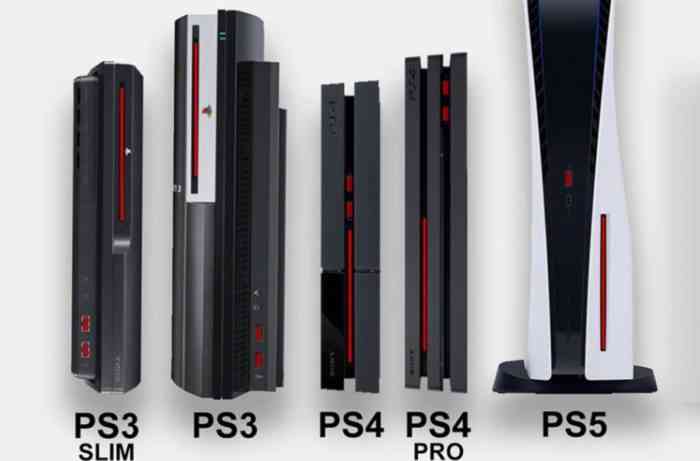 While Sony confirmed the dimensions of the PS5 during a recent Future of Gaming showcase, they didn’t mention or display the fact that the console is the biggest in modern gaming history. The PS4 may be the biggest and most successful PlayStation since the PS2, but the PS5 will dwarf all the other PlayStation consoles. The Taiwan National Communications Commission gives PlayStation fans an idea of just how big the console is with measurements confirming just how mammoth of a gaming console it is.

The PS5 may be one of the largest consoles in the history of gaming consoles, but pre-orders sold out very quickly once they went live, and Sony has apologized for dropping them so suddenly. The PS5 will get more pre-orders before it officially releases, but both PlayStation and Microsoft have left it a little too late compared to previous generations of consoles. The Xbox Series X and Series S will be the smaller consoles of choice for any gamers that are concerned about the physical size of a console, but if that doesn’t matter to you the PS5 is a great option for games.

Are you surprised by how large the PS5 is? Let us know in the comments below!