Kingdom Hearts: Melody of Memory is a Recap of the Whole Saga

A Musical Jumping On Point

Kingdom Hearts is a popular franchise, but quickly gained a reputation for two things which no Disney fan ever thought would affect the brand. First of all, the games could be surprisingly difficult at times (Bonus bosses aside, I can’t be the only one who spent weeks trying to take down possessed Riku in the first game) and the plot was… well, incomprehensible. It’s not that the story isn’t good, it’s just that nobody ever thought a game series where Donald Duck is one of the main characters to require a master’s degree in quantum physics to make sense. 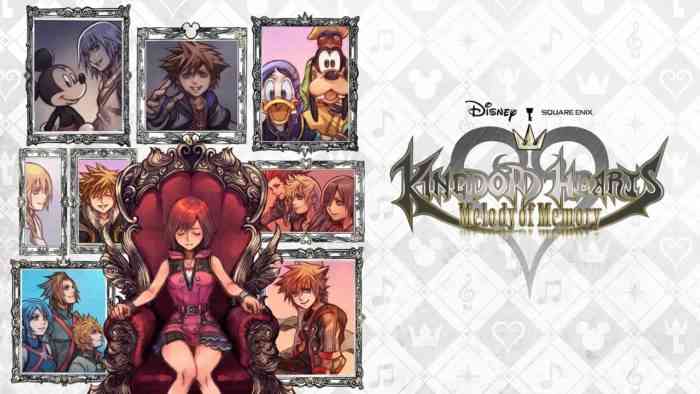 Add to that the fact that each new game introduces aspects and story beats that will become vital in upcoming games, and the fact that games have launched as timed exclusives for the PS2, PS4, DS, 3DS, and even Mobile, and a problem quickly becomes apparent. Although Kingdom Hearts 3 tried, with mixed success, to tie all these beats together, and most of the games were re-released in some form on the PS4 and Xbox One, the games still suffer from continuity lockout.

Melody of Memory is hoping to alleviate that. Like all side-games this one will include some new content and move the story forward (with a focus on the series heroine, Kairi) but the story itself sees her guiding the player through the series thus far, taking hints from Theatrhythm FInal Fantasy as the player fights their way through close to fifty stages of rhythm action.

In terms of tying up the story so far before moving onto the next saga, it’s certainly an elegant way to do it, and also addresses the fact that the game will be the first in the Kingdom Hearts series available on the Nintendo Switch, opening the series up to a whole new audience.

What’s your favorite Kingdom Hearts Theme song? Unpopular opinion: Mine is Face my Fears. Feel free to tell me how wrong I am in the comments, or @me on Facebook or Twitter.

Live A Live Review – Bite-Sized Adventure Buffet
Next
Dinky Dungeon Is Very Real, Coming This December
Previous
Cyberpunk 2077 to Include Microtransactions… But Only in Multiplayer