Get Your Restraining Orders Ready for Gal Gun Returns

Another Great Reason Not to Bring a Gun to a School

Harem-esque anime games meet on-rails shooters in Gal Gun. You may have heard of this series. I mean, I haven’t heard of this. This is definitely the first time I have heard of Gal Gun. A game where an unpopular male student has his fantasy come true, where all the schoolgirls around fall madly in love with him is totally unrelatable and would not ever appeal to me. Now that that is all cleared up, let me expertly explain the premise of the Gal Gun games. 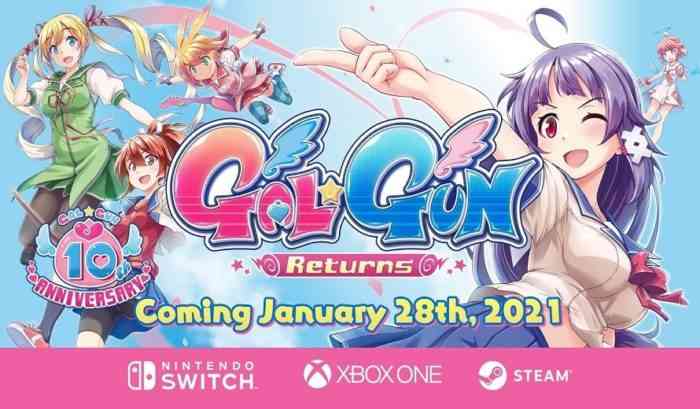 In Gal Gun, the player is struck with a love-arrow of sorts, which helps him find love. In pretty much each of the games, the arrow is overpowered and makes all girls relentlessly pursue him. In order to repel these schoolgirls, the player must shoot them in their weak points, which just so happen to be erogenous zones, until they are defeated. There are four Gal Gun games; the original Gal Gun, Gal Gun: Double Peace, Gal Gun VR, and Gal Gun 2. The series originated in Japan (surprise, surprise), but has since found its way into the West.

Gal Gun: Double Peace, VR, and 2 have been released in North America, but the first game never got here, until now. Gal Gun Returns is the remaster of Gal Gun and will be coming to the West for its tenth anniversary. Gal Gun Returns will be available in 2021 on PC, Xbox One, and Nintendo Switch.

Will you check out Gal Gun Returns? Let us know in the comments below.


Guilty Gear Strive Coming to PC and PlayStation in April