Mortal Kombat co-creator Ed Boon lives for the tease. Over the past couple of days, Ed Boon has been leaving clues on Twitter about what is next for Mortal Kombat 11. With the first batch of DLC characters, Boon would share some images and screenshots to tease characters, but his clues this time are more cryptic. The first clue was the Queen song Bohemian Rhapsody, particularly the line “Open your eyes/Look up to the sky and see”. The second clue was the 1984 A Nightmare on Elm Street trailer. Boon clarified that the clue is in the title of the video. 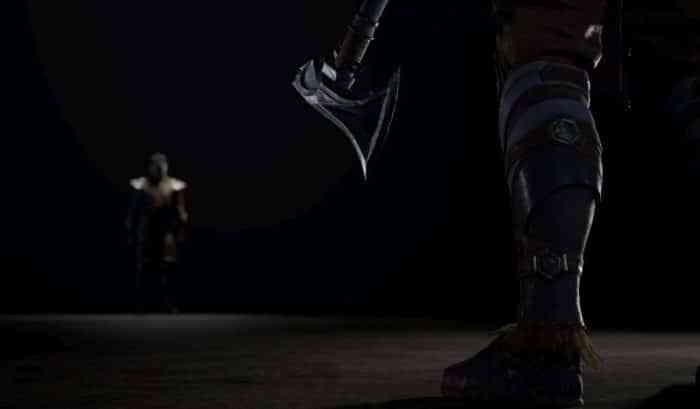 Ed Boon also mentioned that Freddy Krueger is not the character being teased, even though he was already a DLC character for Mortal Kombat (2011). The only solid thing that connects the two clues is the name Freddy, the name of Queen’s singer and the villain in A Nightmare on Elm Street, but that leads us nowhere. Some fans have speculated that Ermac, Smoke, or Rain could be what the clues point toward. Ermac has the ability to levitate his opponents, like a scene in the trailer. Smoke and Rain’s names are related to elements that you could “look up to the sky and see”, but no concrete evidence suggests these characters.

There is also a long-standing rumor that Ash Williams will be in the game. On an episode of Vic’s Basement, Ed Boon very awkwardly dodges the question of whether or not he is allowed to talk about Ash Williams. There is also an iconic post of Evil Dead that has a woman getting choked by a zombie while reaching up toward the sky, which some fans are linking to the clues. Hopefully, Ed Boon will continue this trail of breadcrumbs for us. Mortal Kombat 11 is out now for PC, Stadia, Nintendo Switch, PS4, and Xbox One.

Who do you think Ed Boon is teasing? Let us know in the comments below.