Who’s Ready to Kill The Justice League in 2022?

Finally, A Glimpse of The Upcoming Suicide Squad Game

Rocksteady has been plugging away at some sort of Batman project for what feels like forever. Now, we finally got a good look at this mystery game – Suicide Squad: Kill The Justice League – at this weekend’s DC FanDome stream. While there was no gameplay, it still looks pretty promising. 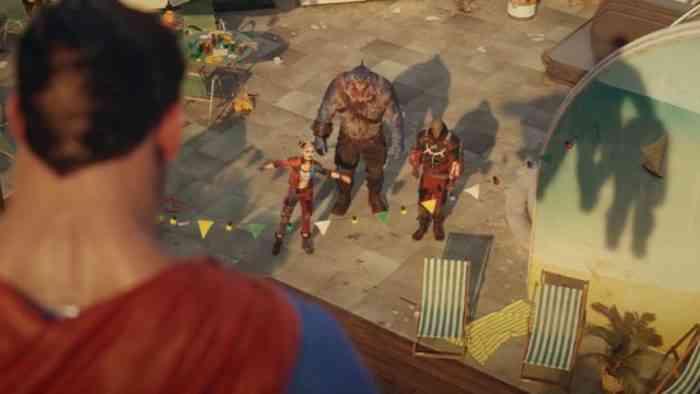 The story so far is centered around four misfits trying to kick Superman’s godly ass. Good luck, I guess? Harley Quinn, King Shark, Captain Boomerang, and Deadshot don’t exactly seem uhhhhh equipped to perform this task, but you never know! Maybe they can give him some sort of kryptonite enema while he sleeps?

You can check out the trailer in question below. The game is set for a 2022 release date, which means it’s only coming out for PS5, the Xbox Series X, and most very powerful PCs. Even the CG cutscene we saw yesterday looks like a prime cut of processing power at work. If you’ve spent the weekend under a rock, or at some sort of real job, DC is just erupting with news. Trailers for everything from the Matt Reeves Batman movie to the highly anticipated Snyder Cut of Justice League are over on DC’s YouTube channel.

Suicide Squad: Kill the Justice League Is Center Stage at DC FanDome
Next
Over 2 Million Raised By Summer Games Done Quick 2020
Previous
The Effects and Cinematography Are Incredible in This Final Fantasy Cosplay Music Video