Street Power Soccer is available now digitally and at retailers worldwide for PlayStation 4, Xbox One, Nintendo Switch and Steam. This wacky soccer game allows you to master insane tricks and share the flare of real street soccer legends in a competition that spans the globe through six different game modes. Check out the launch trailer

Street Power Soccer features an elite roster of street soccer ambassadors from around the globe including Sean Garnier, Melody Donchet, JaviFreestyle, Andrew Henderson, Liv Cooke, Raquel Benetti, and many more – each with their own style and specialty. Street Power Soccer combines creative style with high-energy action for an over-the-top soccer and arcade video game experience like no other. Street Power Soccer features six distinct game modes, tons of customizable options to style your team, pumped up music, stages from around the world and much more! 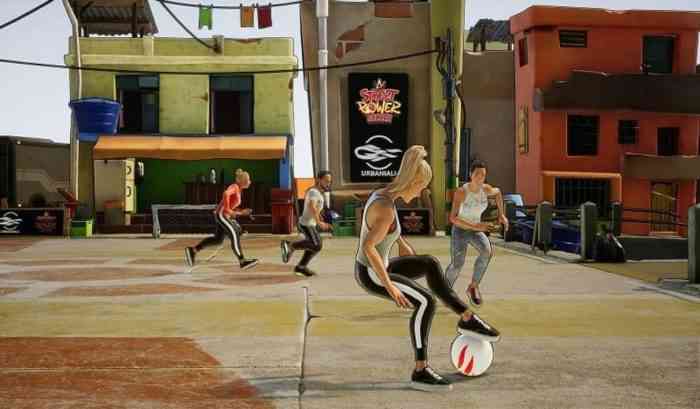 • Become the Street King: Create your own character and become the protégé of Street Legend Sean Garnier as you blow away the competition and rule the streets with your baller moves.

• Play with Friends: Grab your friends and compete head-to-head or co-op against the AI in intense Street Power matches locally or online.

• Signature Tricks and Superpowers: Play with style and stun your opponents with sick tricks like Boyka’s backflip, Liv’s around the world or Melody’s special moves. Unleash amazing superpowers and blow away the competition.

• Build the Hype: Turn up the volume with hyped-up tracks from The Black-Eyed Peas, DJ Snake, Snap, and Daniel Got Hits as you take to streetstyle stages from around the world, including the official Red Bull Street Style World Championship stage.

FIFA 22 And More Will Head To PlayStation Plus In May
Next
The PS5 Offers Wifi 6 and Bluetooth 5.1
Previous
Survival Horror Monstrum Getting a Physical Release