Get Ready to Run

There’s been a big swing over the past few years in the Survival Horror genre. Rather than the classic formula where you can effectively fight back against your enemies, a lot of games these days are embracing a more stealthy model. Fighting is either ill-advised or impossible, or there may be a single indestructible enemy mixed in with the cannon fodder. There’s a higher emphasis on stealthily avoiding combat, and it’s made for some of the most intense games of the genre, like Alien: Isolation or Amnesia: The Dark Descent. 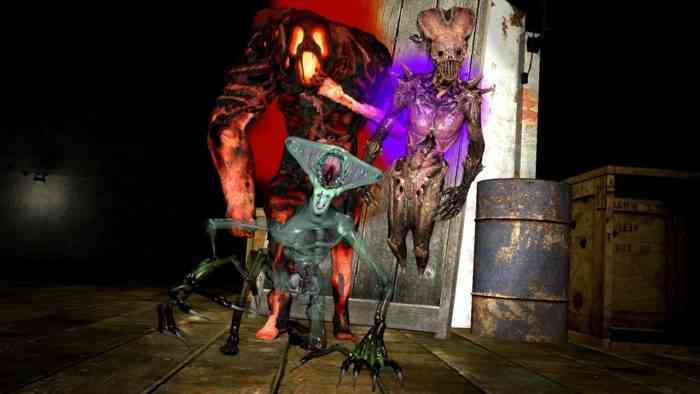 Monstrum borrows from the latter games. You wake up in a desolate ship being hunted by one of three unique monsters: the fiery Brute, telekinetic Fiend, or stealthy Hunter. The whole game is procedurally generated, so no two playthough’s are the same, and there’s also no save function; the game utilizes permadeath so if you’re dead, you need to start again on a new ship, possibly hunted by a new monster.

Your only goal is to escape, but given the randomly generated environments how you choose to do so changes from playthrough to playthrough. There are three different escape routes which need to be repaired, and the items needed for each could be anywhere on the vast cargo ship. Is it worth wasting time searching for the items you need to repair the helicopter, or trying to find the life raft when you already have everything you need?

The game was a big hit on Steam, with a rating of very positive based on close to 2000 reviews, so there’s no doubt that many console players who haven’t had the chance to download the game will find a lot to love when Monstrum hits shelves on September 25th.