This season of Dragon Ball FighterZ content has characters from the newest of new and the oldest of old, literally. Earlier in the year, fans were treated to the new Kefla fusion of Caulifla and Kale, as well as the one millionth version of Goku, Ultra Instinct. Next month, Bandai Namco is taking us back to school; the old school. We are going to learn from Goku’s master himself, Master Roshi. He was introduced way back in Dragon Ball before they added the Z. Probably before the letter Z was invented. 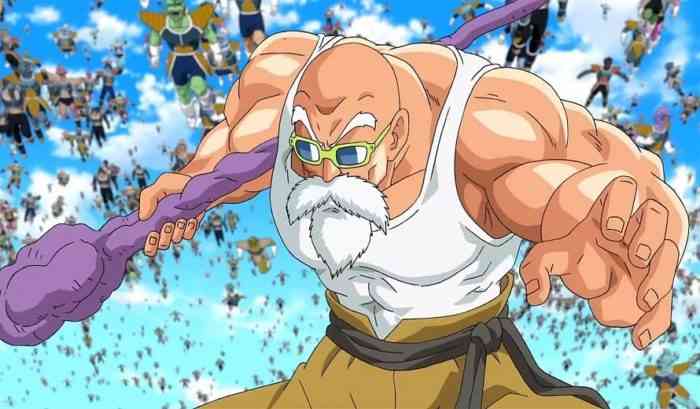 The lecherous, turtle hermit AKA Master Roshi was the inventor of Goku’s iconic technique Kamehameha. The first use of the blastwave in the series was when Master Roshi extinguished the flames around the Ox King’s house on Fire Mountain. Master Roshi also showed fans one of the first big transformations in the series when he ripped off his shirt to reveal that he was in fact a super ripped and super jacked old man. In his reveal trailer for Dragon Ball FighterZ, we do not see him use the Kamehameha or become super ripped and super jacked, but we can hold out for those techniques when he is available for download.

Master Roshi arrives to #DRAGONBALLFighterZ this September as DLC 3 for FighterZ Pass 3!

It’s time for the old turtle hermit to show you how martial art battles are won. https://t.co/LD5kGcJSLn pic.twitter.com/ADLM2RqMqu

Are you excited to play as Master Roshi? Let us know in the comments below.

Age of Empires IV And Much More Will Be Hitting The Xbox GamePass
Next
WWE 2K Battlegrounds Roster Confirmed By 2K
Previous
Pre-Orders for Jump Force: Deluxe Edition Get a Ton of Items