Braid was one of the premier indie titles on the Xbox 360 way back in the day. It was one of the titles that made Xbox Live Arcade a place where players could find really good games that weren’t Bejeweled or Hexic. Braid scored nigh perfect scores from reviewers across the board, but there is one problem with it that has come with time; it just doesn’t look good anymore. However, game designer Jonathan Blow has made an endeavor to bring Braid into the modern age of gaming with Braid: Anniversary Edition. 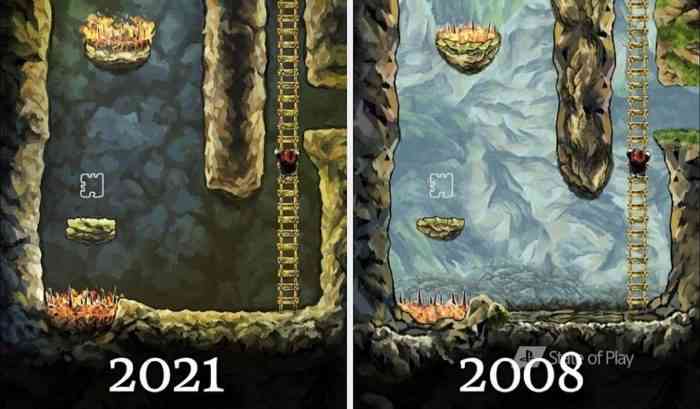 Though it debuted on Xbox 360, the announcement for Braid: Anniversary Edition was made at this week’s State of Play. The trailer shows the manipulation of time like the game is known for. It also rewinds the game all the way back to the title screen, where the Anniversary Edition visuals are implemented. According to the developer, the game is getting repainted. Sprites, backgrounds, and objects are getting a hi-res makeover. The Anniversary Edition will be complete with various commentaries on puzzles, music, history of the game, designs, and many other aspects of the game, which can be toggled on or off.

Braid is considered not just one of the best indie games of all time, but critics also consider it among the greatest games in general. If you did not play it when it came out on Xbox 360, PS3, and PC, you will definitely want to pick it up this time around. Braid: Anniversary Edition will be coming out in 2021 for PC, PS4, PS5, Xbox One, Xbox Series X, and Nintendo Switch.

Did you play Braid when it first came out? Let us know in the comments below.