The Gravity Labyrinth Naught is Launching on PS4 July 31st

This game is a platformer with a twist! Unlike most platformers, ceiling, floor, and walls are fluid concepts. You move around the world by twisting the entire world around as you use gravity to maneuver through some of the trickier sections. Some levels can even be completed without ever landing! This game is not for the faint of heart. 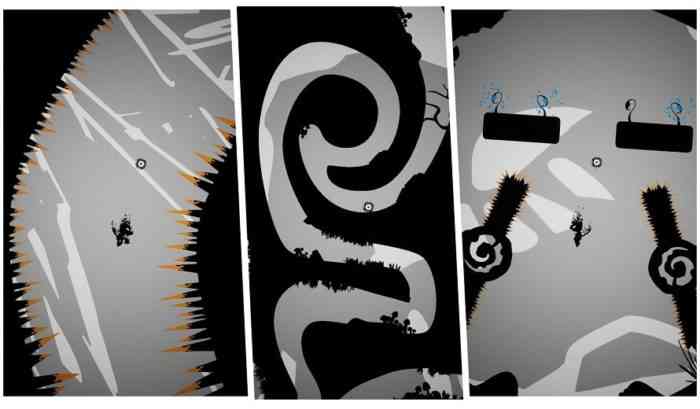 The game was inspired by the fast-paced, loopy environment of Sonic the Hedgehog. This influence can be seen in the character design. The main character is Naught, who is a cat-like shadow. Naught is naught, meaning he is nothing, non-existent. His soul is awakened by a spirit turning him into a semi-evil being. Now Naught is locked in a battle between the light and the shadows.

Translating a gravity twisting game to consoles was a difficult task. The team playtested the game and incorporated their experience into the navigation. Some players found that rotating the world was more intuitive with the left stick, others the shoulder buttons. The team decided to give players both options. A quick 180-degree turn button was added too.

One con of the game is that it may be too much for those sensitive to motion sickness. People, unfortunately, like myself. As I wrote this, I had to carefully off-screen the gameplay demos in fear of losing my lunch. I wonder if it would be less jarring playing the game. Much like how it is more nauseating to be a passenger in a car than it is to drive a car. If you easily become motion sick and try this game on Friday, let us know how you felt in the comments below. Did you have fun getting lost in the unique world, or did you hurl your guts out?